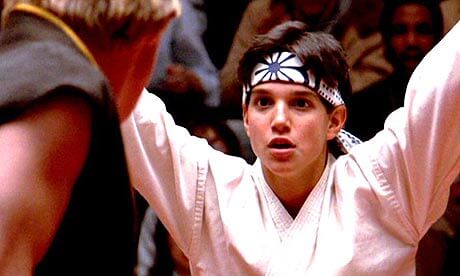 The “Karate Kid” is returning.

The beloved 1984 film is getting a sequel in the form of a 10-episode half-hour comedy series on YouTube Red. Titled “Cobra Kai,” the show features the return of Ralph Macchio (Daniel LaRusso) and William Zabka (his rival Johnny Lawrence). The series takes place 30 years after the events of the film and follows Johnny, now down on his luck and seeking redemption, as he reopens the Cobra Kai dojo.

The reopening of the dojo reignites the rivalry with Daniel, who is enjoying success but struggling without the help of his mentor, Mr. Miyagi (the late Pat Morita). Macchio and Zabka are executive producers on the series along with writers Josh Heald, Jon Hurwitz and Hayden Schlossberg. Hurwitz and Schlossberg will direct most of the episodes.

“Like everyone who grew up in the 1980s, the three of us are enormous fans of The Karate Kid​,” Heald, Hurwitz and Schlossberg said in a joint statement. “Cobra Kai​ will be a true continuation of the original films — packed with comedy, heart and thrilling fight scenes. We can’t wait to reignite the LaRusso-Lawrence rivalry.”