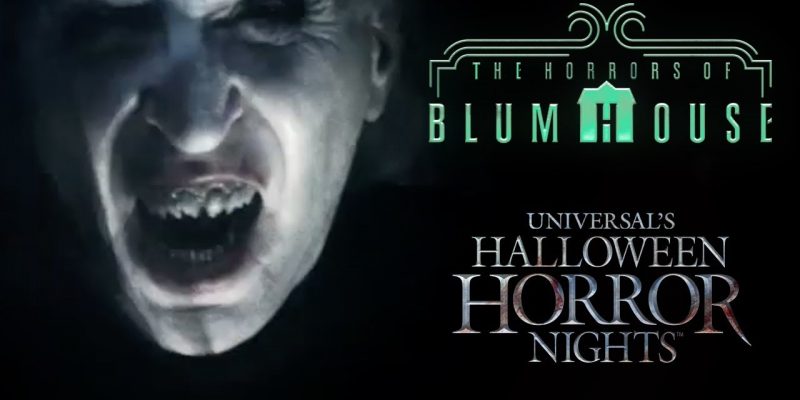 Jason Blum of Blumhouse Productions (Split, Get Out) teams up with the creative minds behind Halloween Horror Nights to bring the multiple films of Sinister, Insidious and The Purge to terrifying life with one giant haunted house. Watch the house reveal video below.

At Universal Studios Hollywood, terrified guests come face-to-face with the most iconic and unnerving moments from “The Purge” and “Sinister” franchises, as well as the upcoming “Happy Death Day.”

When entering “The Horrors of Blumhouse” maze at Universal Orlando, guests face the horror of becoming stars in the next home murder movie of Bughuul from the “Sinister” franchise. Next, they’ll escape bloodthirsty home invaders from “The Purge.” Finally, they’ll meet Lipstick-Face Demon from Chapter 1 of “Insidious” and get a peek at the upcoming fourth chapter in the horror series.