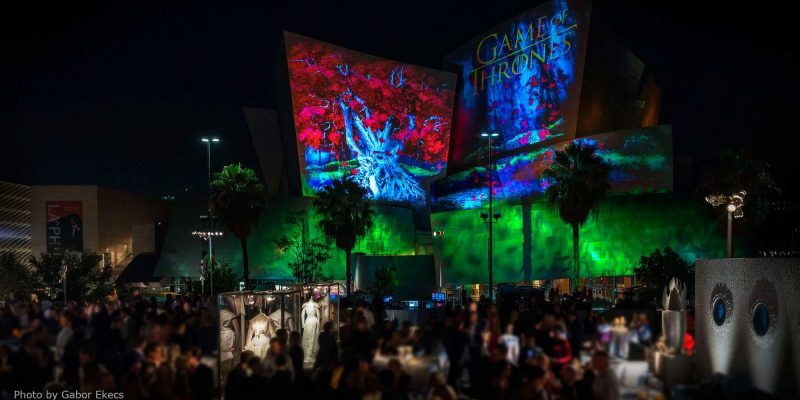 Even Mickey can’t escape the winter of Westeros. HBO’s hit series “Game of Thrones” recently premiered its seventh season, and the Walt Disney Concert Hall in Los Angeles was lit up with incredible projections to celebrate.

Production designer Bart Kresa, in conjunction with audio visual and event staging company WorldStage, turned L.A. into a desolate wintry environment with these projections, foreshadowing the events of season seven. After the premiere, an after-party dressed with props and costumes from the show took place on the rooftop of Classic Parking, across the street from the concert hall. There, the guests could see the projections as they engulfed the iconic building.

With this technology being proven to work on such a big stage and melding perfectly with the beautiful visuals of “Game of Thrones,” who’s to say we won’t see more of this in the future?

The seventh season of “Game of Thrones” airs Sunday nights at 9 P.M. on HBO.