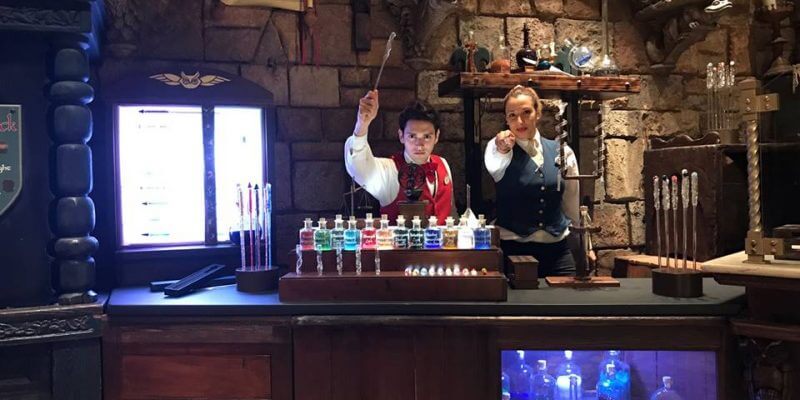 One of the most successful and recognizable parts of the Wizarding World of Harry Potter at Universal theme parks is the merchandise. And some of the most popular of said merchandise is the magic wands that seemingly jump off of the page of the books and into your hands.

Disney is now trying to take advantage of that popularity by introducing some magic wands of their own at Disneyland Paris. Disneyland Paris teamed up with Arribas Crystal Arts to create these spectacular wands, which will be created by a glassblower right in front of you and filled with magic crystals of your choice. They may not be interactive like that wands at the Wizarding World, but they are certainly magical new pieces of merchandise. These beautiful souvenirs can be found in Merlin’s shop at Sleeping Beauty’s Castle.

WATCH – INTERACTIVE WANDS IN USE AT UNIVERSAL ORLANDO: