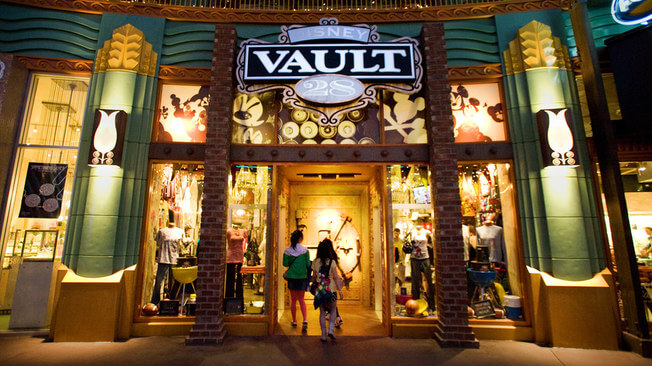 Just a couple weeks ago, Disneyland Resort announced a partnership with VR tech firm The Void to bring the new “hyper-reality” experience “Star Wars: Secrets of the Empire” to the Downtown Disney District in Anaheim. The only thing fans were unclear about was where the new Void Experience Center would be placed in Disneyland’s famed outdoor shopping area.

We already knew that Downtown Disney’s Build-a-Bear Workshop and neighboring Ridemakerz toy stores would be shutting their doors, but those are apparently making way for new dining establishments. So where will The Void fit in? Now we know. Yesterday evening our friends at the OC Register revealed that the clothing and accessory boutiques Disney Vault 28 and Fossil will be closing down as well, and that the Void Experience Center will create its new home in the space they currently occupy, located just across the path from the aforementioned Build-a-Bear, and directly adjacent to the pop culture emporium D Street.

According to the Register, both the Disney Vault 28 and Fossil shops will be shuttered by next month, as Disneyland Resort prepares to welcome “Star Wars: Secrets of the Empire” in time for the holiday season.