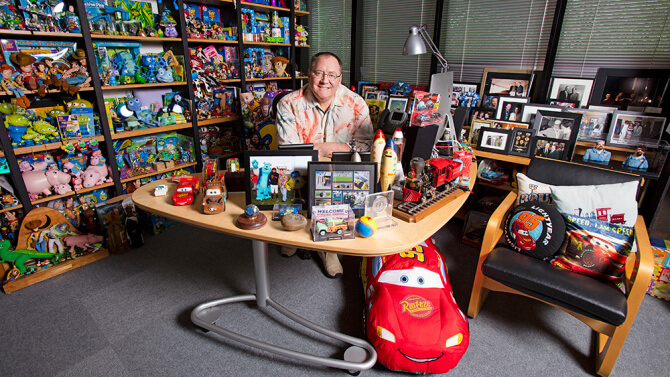 Lasseter will be awarded the Diane Disney Miller Lifetime Achievement Award, which recognizes those who have made an outstanding impact in arts, education, technological advancement and community involvement. He has worked on many of Pixar’s beloved films, including Toy Story, Cars, A Bug’s Life, Toy Story 2 and Cars 2. When Disney purchased Pixar in 2006, Lasseter was given the chief creative officer position, becoming executive producer on all of the company’s animated films.

“I’m honored to be receiving the Diane Disney Miller Lifetime Achievement Award. Diane was an incredible person and an incredible champion of her father’s legacy,” Lasseter said. “The Walt Disney Family Museum is such an inspiring place for me, and I think for anyone who’s ever seen one of Walt’s movies, or visited one of his theme parks. I was proud to call Diane my friend and I’m very proud to be receiving this recognition in her name.”