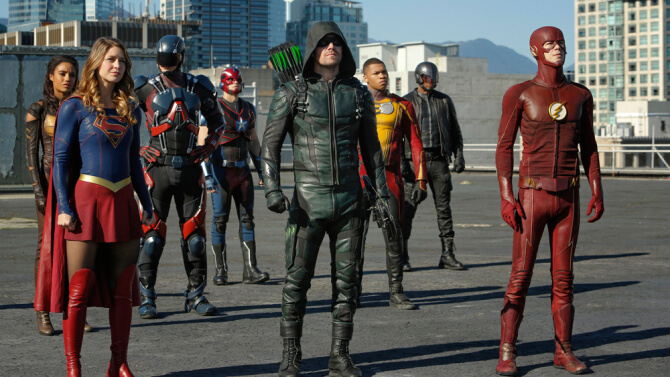 The Green Arrow, the Flash, Supergirl and the Legends of Tomorrow will be joining forces again this year. CW announced dates for a crossover event for the characters’ respective shows as they enter their new seasons.

CW’s superhero dramas, based on a few of the most iconic characters in the DC universe, have been some of the network’s most popular. The ‘Arrowverse,’ as it’s often referred to, began with the first season of “Arrow” in 2012. Due to the success of that show, “The Flash,” “Legends of Tomorrow,” and “Supergirl” later joined the network’s lineup.

Of course, the nature of comic books requires these characters to cross paths as they did last year in the four-part “Invasion” event. This year will be no different, and we will once again see our favorite heroes on one screen. The event will begin with “Supergirl” on Monday, November 27 at 8 P.M. and will be continued by “Arrow,” which will be stepping out of its normal Thursday night slot, that same night. “The Flash” will pick the story up the next night, November 28, at 8 P.M. before it is finished up by “Legends of Tomorrow” at 9.

No details have been shared yet regarding the plot of this year’s crossover event.