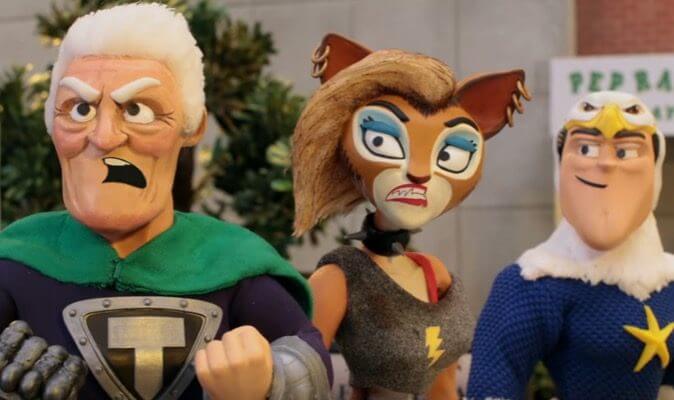 Crackle’s Emmy-nominated, stop-motion animated original series “SuperMansion” is set to return for its third season in 2018. Before that though, the superhero comedy is going to premiere a Halloween special this October titled “SuperMansion: Drag Me to Halloween.” The special will center around Bryan Craston’s Titanium Rex and the rest of the League of Freedom experiencing Halloween, Rex’s least favorite night of the year.

This will not be the first holiday special for the series. “SuperMansion: War on Christmas” aired on December 8, 2016 and focused on the team saving Christmas by taking on a Santa Claus imposter.

“SuperMansion: Drag Me to Halloween” will premiere on Thursday, October 5 and the show’s third season will follow in 2018.