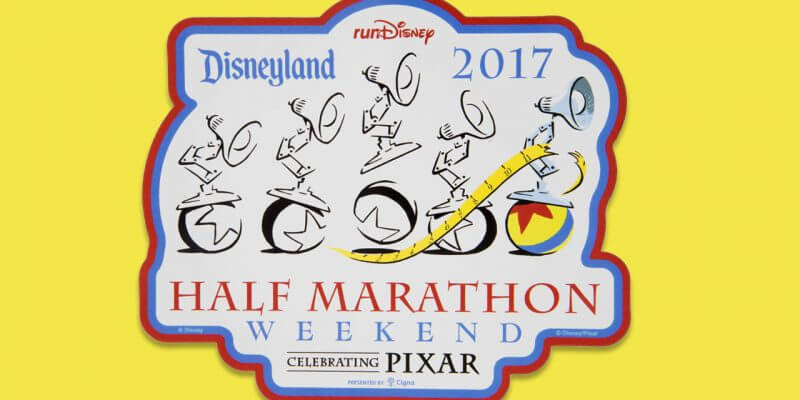 Guests who attend the 2017 Disneyland Half Marathon Weekend will find a collection of commemorative merchandise based on some of their favorite characters from the wonderful films of Pixar.

The collection will feature various designs and logos for the 5k, 10k and half marathon events that weekend. Characters from “The Incredibles” and “Monsters Inc.” can be found on the 5k and 10k merchandise respectively. The half marathon merchandise will feature characters from “Toy Story,” including Woody, Buzz, Jessie and the aliens. For runners that complete the Double Dare Challenge, which consists of completing both the 10k and the half marathon, merchandise can be found that features both the “Toy Story” and “Monster’s Inc.” characters. And for those who just want to commemorate their whole weekend, there will be a collection of merchandise for you too, including drinkware, pins, a hat, a jacket and more. Disney will also be continuing their series of commemorative shoe ornaments with this Sleeping Beauty Castle-inspired addition.

The 2017 Disneyland Half Marathon Weekend will run from August 31 through September 3.