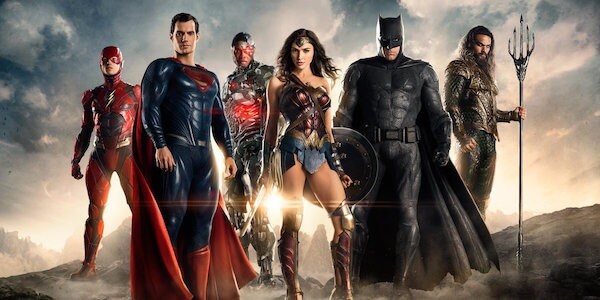 “Justice League” may be right around the corner but DC fans have a lot more to be excited about in the future as Warner Bros. took to San Diego Comic-Con to announce a slate of nine movies beyond the superhero team-up.

The lineup includes solo films for some of the members of the Justice League, sequels for characters we’ve seen, introductions of new players and potentially epic crossover events. After “Justice League,” DC’s upcoming slate looks like this: Jason Momoa will debut as the aquatic hero in “Justice League,” but we will see his first solo adventure after the team-up.

Dwayne “The Rock” Johnson has been linked to the classic DC villain Black Adam for some time. This would likely be the film in which he makes his appearance. A sequel to the 2016 film, we will probably see some returning characters join forces with some new ones to form a new group of unlikely heroes. This will be the first solo film in the DCEU for Ben Affleck’s Batman. There is no shortage of stories or villains that this film could include. Justice League Dark is a team of supernatural heroes that handles the issues that the original Justice League is deemed unfit for. This should make for a nice change of pace.

Comments Off on Warner Bros. announced an impressive lineup of DC movies at San Diego Comic-Con 2017