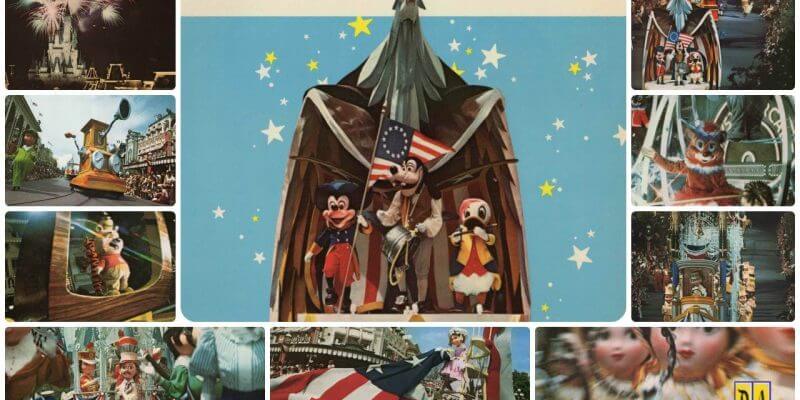 In 1975, the America on Parade celebration for the the Bicentennial marked the first time a parade ran simultaneously at Walt Disney World and Disneyland.

Special doll-like characters called “People of America” were created for the show. Measuring 8 feet high, the characters walked the parade route alongside floats representing the achievements of America’s first 200 years. The famed Sherman Brothers wrote a song specifically for the Bicentennial celebration. Titled “The Glorious Fourth,” it was performed during America on Parade.

Step back into Disney history by watching the full special in the video below.

Comments Off on VIDEO: Watch how Walt Disney World celebrated the Bicentennial with “America on Parade” 1976 TV special