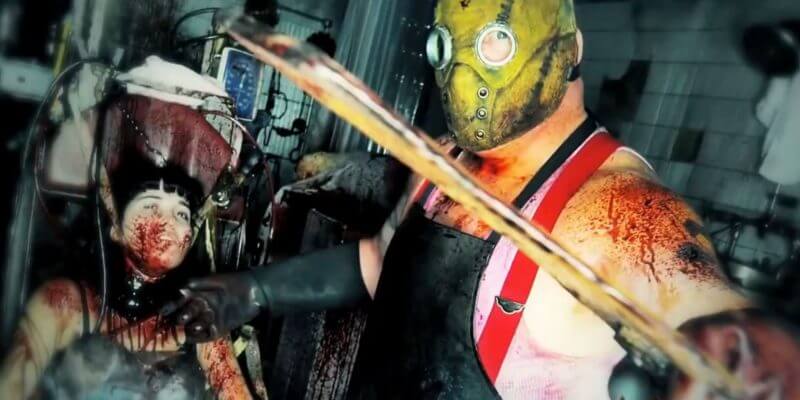 Haunted houses are a must see for Halloween.  For evidence of this popularity look no further than Universal’s Halloween Horror Nights which is run at parks on both coasts and draws thousands of eager fans each year. These eerie and exciting experiences can range from mild to wild.

One name associated with over-the-top extreme haunted experiences is Eli Roth.  His Goretorium in Las Vegas was an blood soaked amazingly intense feast of fright.  Now he’s producing a movie about an extraordinary extreme haunted house on Halloween…

WATCH (Eli Roth’s Goretorium, now closed, may lend a clue or few as for what to expect in this new horror project)

“On Halloween, a group of friends encounter an ‘extreme’ haunted house that promises to feed on their darkest fears. The night turns deadly as they come to the horrifying realization that some nightmares are real.” – Deadline Hollywood

The setting couldn’t be more perfect for a horror film.  What could possibly go wrong on Halloween?

“Haunt,” not to be confused with the dreadfully disappointing 2013 movie of the same name, will be written and directed by Scott Beck and Bryan Woods (the team behind “A Quiet Place”).  Sierra Nevada/Affinity is driving the project. Eli Roth, along with Todd Garner (Broken Road), Mark Fasano (Nickel City), Ankur Rungta and Vishal Rungta are producing.

Filming is set to start this fall.

We have to wonder what kind of influence “Haunt” will have on future Halloween haunted attractions.  Could it do for haunts what “Jaws” did for beaches?