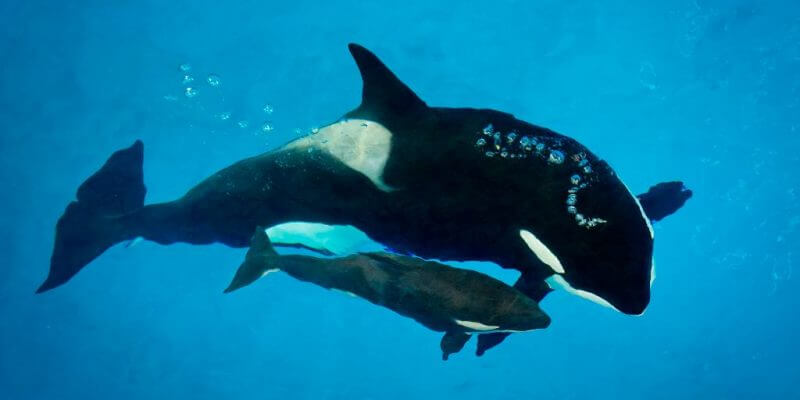 This past April, a new killer whale (also known as orca) calf named Kyara was born to the 26-year-old mom Takara at SeaWorld San Antonio in Texas. Today Kyara, unfortunately, passed away in the park’s animal hospital due to an infection, while surrounded by SeaWorld staff who fought to save her life.

SeaWorld San Diego released a statement this afternoon, in which they gave an update on the condition of Takara, and the circumstances that led to Kyara’s death:

This weekend Kyara, the 3-month-old killer whale calf at SeaWorld San Antonio, was being treated at the park’s Animal Hospital for a an infection. The dedicated team of veterinarians and care staff spent the last three days providing critical care for Kyara, but despite their best efforts, her health continued to decline and she passed away earlier today. The statement goes on to say, “While the official cause of death won’t be determined until the post-mortem exam is complete, through monitoring Kyara’s behavior and a physical examination, SeaWorld’s veterinary and animal care teams identified that she had an infection, likely pneumonia, that they were aggressively treating. Pneumonia has been identified as one of the most common causes of morbidity or illness in whales and dolphins, both in the wild and in aquariums.”

In response to the Kyara’s untimely passing, SeaWorld San Antonio canceled the remainder of the day’s killer whale shows. No other orcas in the park’s pod are showing any signs of illness.