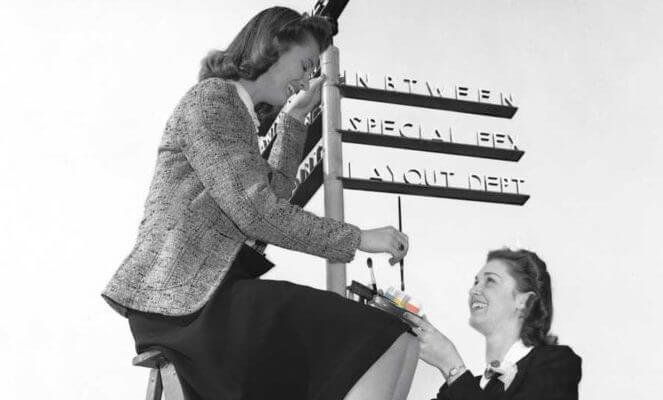 Mindy Johnson’s new book “Ink and Paint: The Women of Walt Disney’s Animation” tells the story of the women involved in the creation of the iconic Mickey Mouse and friends.

Set to debut at D23 Expo 2017, “Ink and Paint” was years in the making. Johnson gathered information for the book by interviewing the family members of women who worked at Walt Disney Animation. Some of the unseen pictures and documents were literally found hidden under beds of relatives of these former Disney employees.

The stories go beyond the Ink and Paint department, too. Johnson tells the tales of women who worked in Imagineering and stenography, and even explores the history of women in cinema, starting with silent films. Lillian and Edna Disney, the wives of Walt and Roy, respectively, are among the women profiled in the book. Lillian and Edna were a constant presence during the early days of the company. According to Johnson, “Walt knew women were the tastemakers and always had that in mind in telling these stories.”

Other women profiled in the book include the following:

After “Ink and Paint: The Women of Walt Disney’s Animation” debuts at D23 Expo 2017, it will be released in September. You can pre-order a copy of the book on the Amazon website.

Comments Off on New images and untold Disney stories in “Ink and Paint: The Women of Walt Disney’s Animation” to debut at D23 Expo 2017