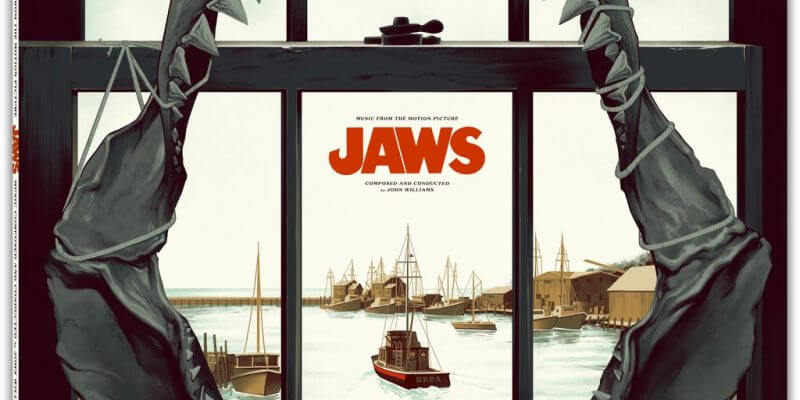 Just when you thought it was safe to go back in the water. The dark tones of John Williams’ score for the horror classic “Jaws” have been known worldwide for more than 40 years. Mondo wants to commemorate that iconic score.

Re-recordings of the classic score have been heard on just about every platform. For the first time ever though, the Academy Award-winning score as originally composed and recorded for the film will be released on vinyl. The two-record collection will be accompanied by some incredible artwork from Phantom City Creative. The records themselves will be available in traditional black or in Ocean Blue.