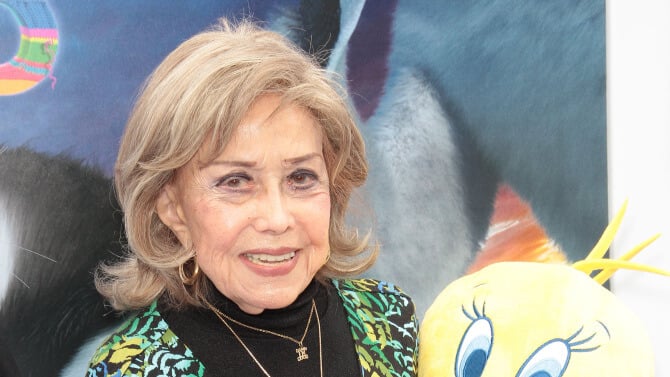 Legendary voice actor June Foray has passed away at the age of 99.

The news was confirmed by her friend Dave Nimitz, who wrote in a Facebook post: “With a heavy heart again I want to let you all know that we lost our little June today at 99 years old.”

Foray was perhaps best known for her roles on “The Rocky and Bullwinkle Show,” where she voiced Rocky the Flying Squirrel and his enemy Natasha Fatale. She also played Betty Rubble on “The Flintstones” (1960), Granny/Witch Hazel on “The Bugs Bunny Show” (1960-62), Cindy Lou Who in “Dr. Seuss’ How the Grinch Stole Christmas” (1966), and Ma Beagle/Magica De Spell on “DuckTales” (1987-1990), among many other roles.

According to Variety, Foray started working in the animation business when someone from the Walt Disney studio called to ask if she could play the role of a cat. “Well, I could do anything,” she said. “So he hired me as Lucifer the cat in ‘Cinderella,’ and then I started to work for Disney.” While much of her voice acting for Disney is uncredited, a mermaid and squaw in “Peter Pan” are among the roles she played.

“Twilight Zone” fans may also recognize her as the voice of Talky Tina in the episode titled “Living Doll” (1963).

In 2012, Foray won a Daytime Emmy for her work as Mrs. Cauldron on “The Garfield Show.”

Her long and wonderful career brought joy to many people and she will be missed. Rest in peace, June.

Comments Off on June Foray, voice of “Rocky and Bullwinkle” and “DuckTales,” passes away at 99