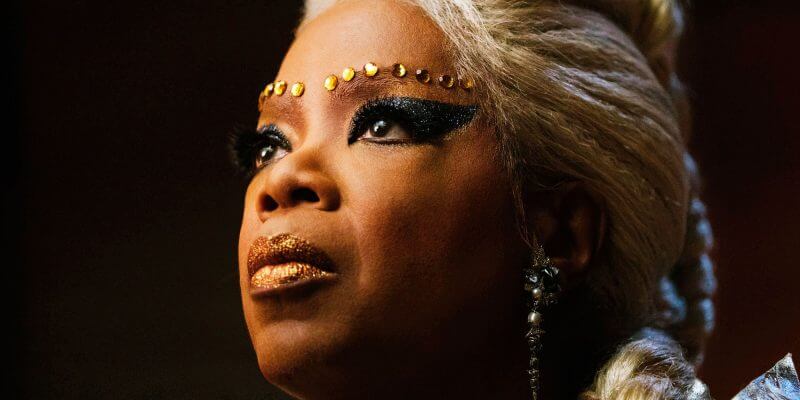 Madeline L’Engle’s classic fantasy novel “A Wrinkle in Time” is getting a star-studded film adaptation from Disney, and Entertainment Weekly has released some first look photos of the cast.

The story follows a teenager named Meg (Storm Reid) who tries to find her missing father (Chris Pine) with the help of three supernatural beings: Mrs. Who (Mindy Kaling), Mrs. Whatsit (Reese Witherspoon), and Mrs. Which (Oprah Winfrey). The trio “wrinkles” time and space for Meg by transporting her through a tesseract.

Scroll down for a peek at the cast in-character for the space-bending story. Directed by Ava DuVernay (Selma, 13th) with a script by Jennifer Lee (Frozen), “A Wrinkle in Time” arrives in theaters on March 9, 2018.

Comments Off on FIRST LOOK: Star-studded cast of Disney’s “A Wrinkle in Time” in character for the space-bending fantasy