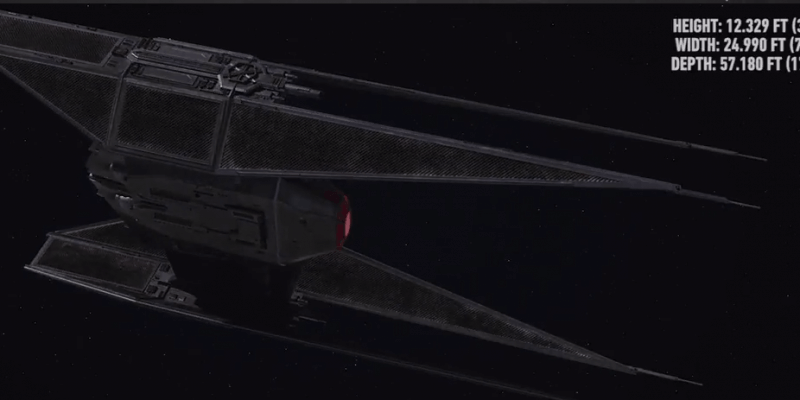 In the aftermath of all the “Star Wars” news from D23 Expo 2017, Disney has released a recap video that includes an exclusive first look at Kylo Ren’s ship in “Star Wars: The Last Jedi.” See more of the TIE Silencer in the latest episode of “The Star Wars Show” below.

All of the secrets from “Star Wars: The Last Jedi” will be revealed when the film arrives in theaters on December 15.