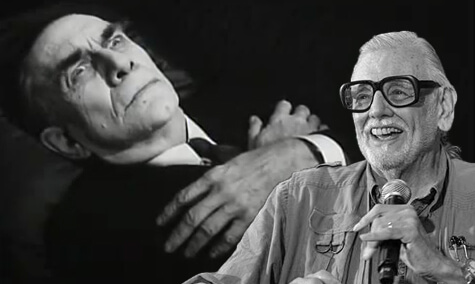 The entertainment world lost a pair of giants today as both George Romero (“Night of the Living Dead”), and Martin Landau (“North by Northwest”) passed away. On Saturday July 15, 2017 legendary actor Martin Landau passed away at 89. The actor had been admitted to UCLA Medical Center when passed away from complications that afternoon.

Landau starred in Alfred Hitchcock’s “North by Northwest.” The actor also starred in the television show “Mission Impossible.” Landau once turned down Gene Roddenberry for the role of Spock. He won an Oscar for best supporting actor for his portrayal of Bela Lugosi in the Tim Burton film “Ed Wood.”

Creator and director of “Night of the Living Dead,” George Romero was 77 when he lost his battle with lung cancer on Sunday July 16, 2017.  It was his 1968 classic black and white horror zombie film that launched a genre and inspired many horror filmmakers.

“I grew up on these slow-moving-but-you-can’t-stop-them [creatures], where you’ve got to find the Achilles’ heel, or in this case, the Achilles’ brain,” Romero told The Times in 2005, referring to the organ whose destruction waylays a zombie. “In [the remake] they’re just dervishes, you don’t recognize any of them, there’s nothing to characterize them…. [But] I like to give even incidental zombies a bit of identification. I just think it’s a nice reminder that they’re us. They walked out of one life and into this.” – LA Times