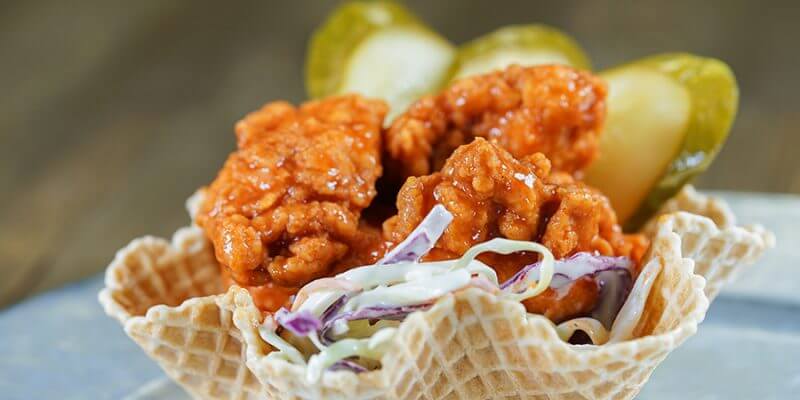 Disneyland‘s Tomorrowland Terrace patio restaurant became known as Galactic Grill back in November of 2015 with the start of Season of the Force at Walt’s original Magic Kingdom, and it looks as though it will remain under that name for the time being. This week, the park revealed a new late-night menu for the eatery that will only be available from the hours of 9:00 PM until park closing.

As announced by Disneyland, items on this new Galactic Grill late-night menu include the following: Grab any of these tasty snacks after taking in a showing of “Fantasmic!” or the fireworks show “Remember… Dreams Come True,” or simply dive in to fuel up before a car ride home after a long day of enjoying Disneyland.