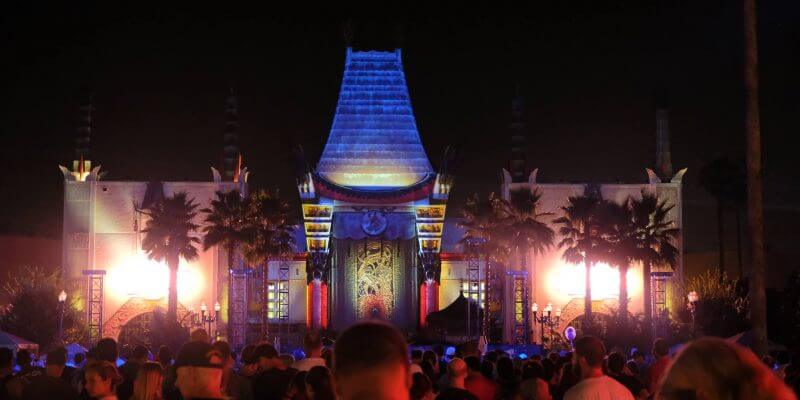 If you were following coverage of D23 Expo 2017, you are probably aware that The Great Movie Ride attraction at Hollywood Studios is going to be replaced by a new attraction featuring Mickey Mouse, Mickey and Minnie’s Runaway Railway.

To commemorate the classic attraction, the Disney Parks Blog decided to host a special finale of the beloved ride inside the Chinese theatre at Disney’s Hollywood Studios. And you might ask, what might happen at a “special finale?” Well, at this special finale guests were taken on a walking tour along the track of the historical Disney ride.

Upon entering into the park, guests were told to meet outside The Great Movie Ride at 10pm sharp. This is where a night of movie magic began. After entering the attraction, guests were led through the queue into the theater. This is where the news of the walking tour was announced, which was met with screams of excitement. While guests waited to be led inside, they were entertained with movie trivia from their “Director.” Guests who answered questions correctly were rewarded with free merchandise. And when the movie trivia ended, everyone was led inside the ride. This is where guests were treated to drinks to sip on as they walked through the beloved attraction. Then guests were enchanted with scenes from timeless classic movies. Upon entering into the “The Wizard of Oz” scene, guests were met with more drinks and deserts. And Glinda the Good Witch. Then guests were guided into the last room of the attraction, where one could dance to live music by a DJ or take pictures with different displays. Make sure to enjoy this classic Hollywood Studios attraction before time runs out. August 13 is set to be the ride’s final day of operation.