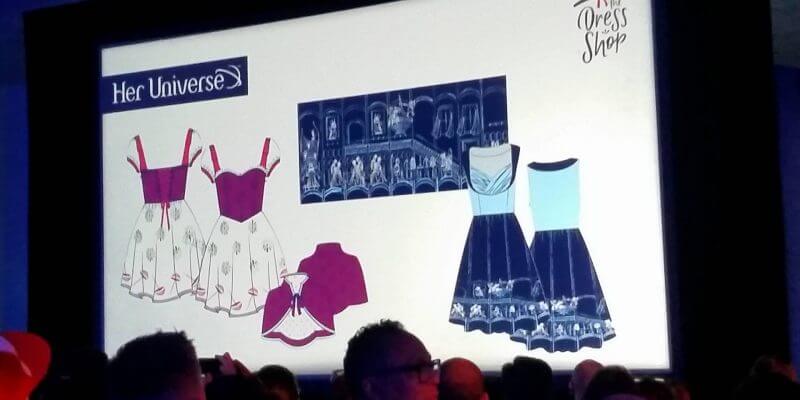 New dress and apparel designs were revealed just at the D23 Expo 2017 during the Walt Disney Company product legacy panel from Her Universe, in a newly-announced partnership with Walt Disney World and The Dress Shop.

Following the recent reveals at Star Wars Celebration, Her Universe founder Ashley Eckstein was on hand to show off even more Ashley Taylor dress designs inspired by Disney theme park rides, lands, and a bit of “Star Wars” and Marvel too. New designs for The Haunted Mansion and it’s a small world were unveiled as well.