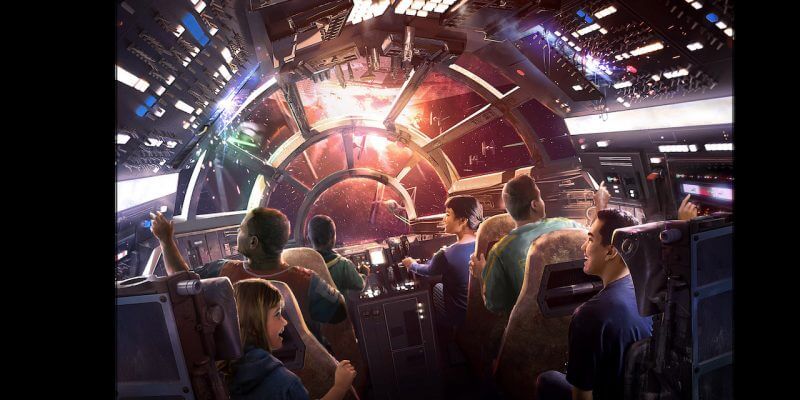 During the Disney Parks & Resorts panel at the D23 Expo 2017, new details for Star Wars Land were officially revealed.

Star Wars: Galaxy’s Edge will indeed be the official name of the Star Wars-themed lands at Walt Disney World and Disneyland.

Bob Chapek, Chairman of Walt Disney Parks & Resorts, along with creative lead Scott Trowbridge revealed many new details of the types of experiences that guests will encounter when exploring the new lands.

In the remote trading port, guests will have a chance to man the cockpit of the Millennium Falcon, as new artwork reveals. Familiar “Star Wars: Rebels” characters will make appearances, either congratulating you on a job well done or sending a bounty hunter after you. Another attraction will be set inside a Star Destroyer hangar bay. Characters guests will meet in Galaxy’s Edge include BB-8, Chewbacca, members of the First Order and the return of Rex from Star Tours, now a DJ. In the land’s cantina, guests will be able to try drinkslike blue milk.