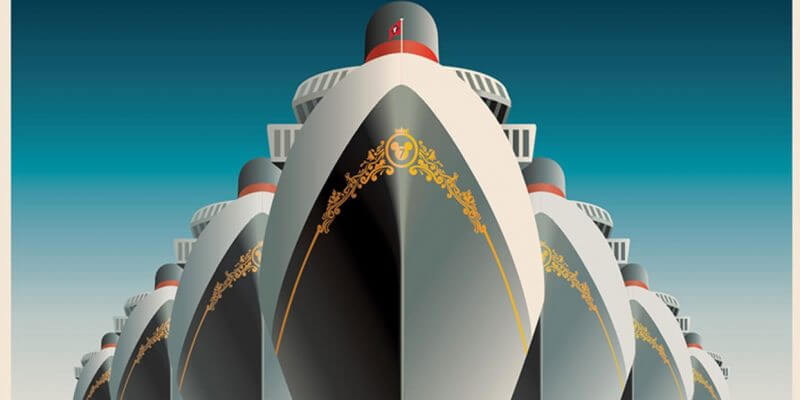 Disney Cruise Line is expanding in a big way.

Among the biggest surprises at the D23 Expo 2017 today was the announcement that three new Disney cruise ships are now coming.

Two new ships were announced several months ago, but now an additional ship will be built for completion in 2022.

“We decided two ships wouldn’t be enough to hold all of the exciting new experiences we have been dreaming up to take family cruise vacations to a whole new level with immersive Disney storytelling, world-class family entertainment, and imaginative innovations that are fantastically fun and uniquely Disney,” Bob Chapek, Chairman of Walt Disney Parks and Resorts, said.

Disney also gave an update to the Beauty and the Beast musical coming to the Disney Dream.