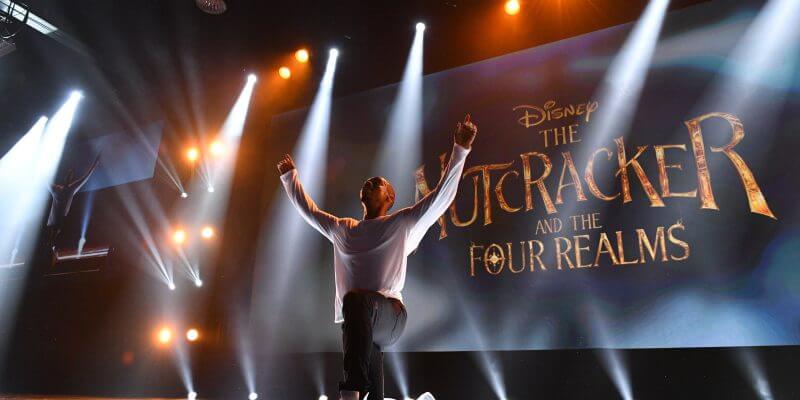 Walt Disney Studios just announced the release date for their take on “The Nutcracker” at the D23 Expo 2017.

“Nutcracker and the Four Realms” will be released on November 2nd, 2018.

The film will star Keira Knightley as the Sugar Plum Fairy, along with Morgan Freeman, and Helen Mirren. It’s a re-imagining of the classic story – a cross between Alice in Wonderland, Beauty and the Beast and Fantasia with a bit of a Narnia vibe.

The film largely takes place in a strange and mysterious parallel world—home to Land of Snowflakes, Land of Flowers and Land of Sweets. But it’s the ominous Fourth Realm where Clara must take on a tyrant called Mother Ginger as well as a gang of mice who’ve stolen a coveted key from Clara.

“The Mouse King is made up of thousands of mice—a cutting-edge CG creation. But we wanted him to move in a way that would be wonderfully surprising and incredibly cool, so we called on Lil Buck to provide the style of dance that defines the character. He is so talented and the way he makes this character move is unbelievable,” said Sean Bailey, President of Walt Disney Studios Motion Picture Production.

Los Angeles-based dancer Lil Buck hit the stage at D23 Expo 2017 to demonstrate the kind of street dancing—called jookin—that informed the way his character moves in the film. The performance earned a standing ovation.

“The Nutcracker and the Four Realms” is directed by Lasse Hallström and produced by Mark Gordon and Larry Franco.

Comments Off on D23 EXPO 2017: “Nutcracker and the Four Realms” release date announced from Walt Disney Studios as a re-imagining of the classic