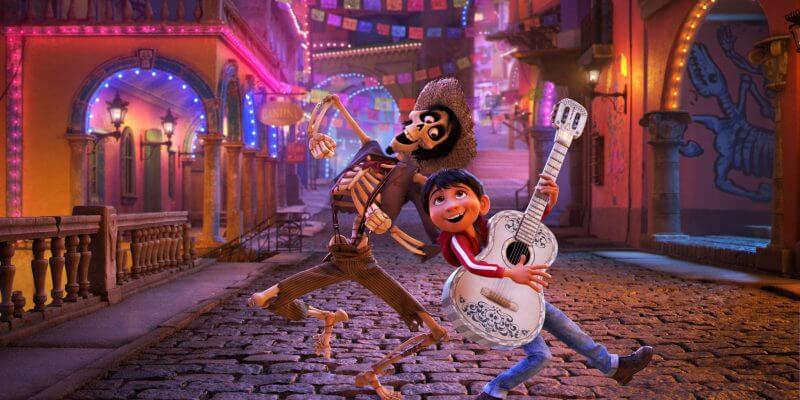 The Pixar animated film “Coco” took center stage at the D23 Expo 2017 as fans got new glimpses of what this musical adventure will feel like.

Clips shown at the event included the lead character Miguel, voiced by Benjamin Bratt, pursuing his dream of playing guitar and Miguel exploring the Land of the Dead. A new image (above) was revealed by Pixar online at the same time.

The plot places Miguel in a tough situation, in which he must lift his curse by sunrise or turn into a skeleton.

Coco is going to be packed with lots and lots of music. “Miguel crosses the bridge to the Land of the Dead, a world unlike anything he’s ever seen before,” said director Lee Unkrich. The “Coco” presentation wrapped up with a live performance of “Remember Me” with Bratt and a mariachi band on stage as Mexican-garbed dancers filled the aisles with orange confetti falling from the ceiling.