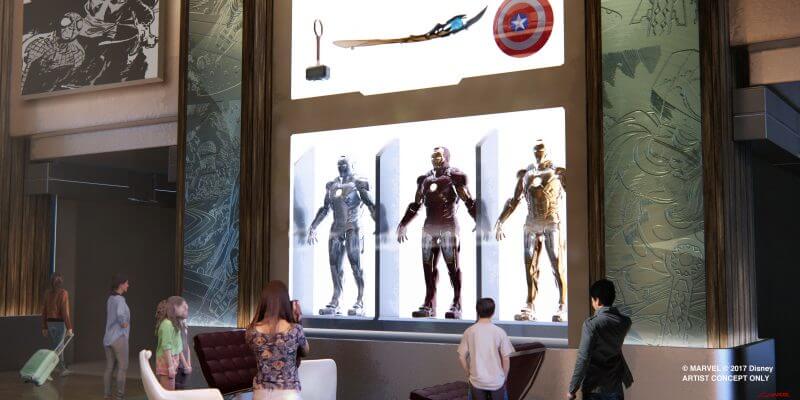 Disney’s Hotel New York is transforming into a Marvel-ous experience.

The Disneyland Paris hotel was announced at the D23 Expo 2017 to feature The Art of Marvel, a re-imagining of the hotel concept. “We’re going to create a hotel at Disneyland Paris that would make Tony Stark proud,” Bob said. “I’m thrilled to announce that Disney’s Hotel New York – The Art of Marvel will transport our guests to the action-packed, inspiring world of Super Heroes including Iron Man, The Avengers, and Spider Man among others!”