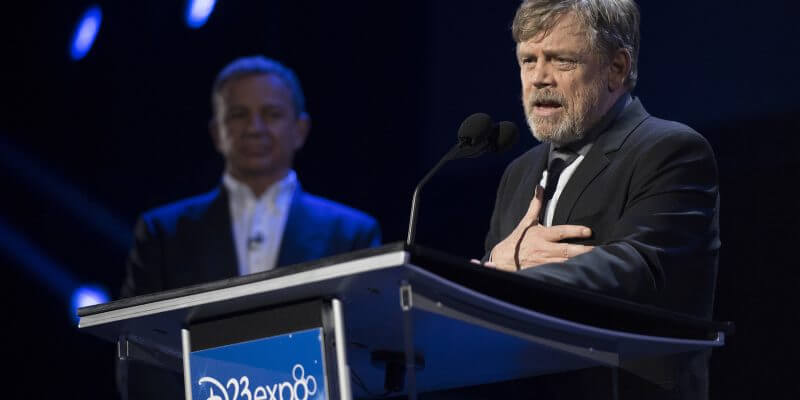 In the 2017 Disney Legends ceremony, two “Star Wars” stars were honored in front of thousands of fans at the D23 Expo.

Mark Hamill accepted his speech, honored by the recognition from a company he holds very dear to his heart – even giving his son the same middle name as Walt Disney. Following a touching montage, Disney CEO Bob Iger read a letter from Carrie Fisher’s daughter Billie Lourd, who was unable to be in attendance.