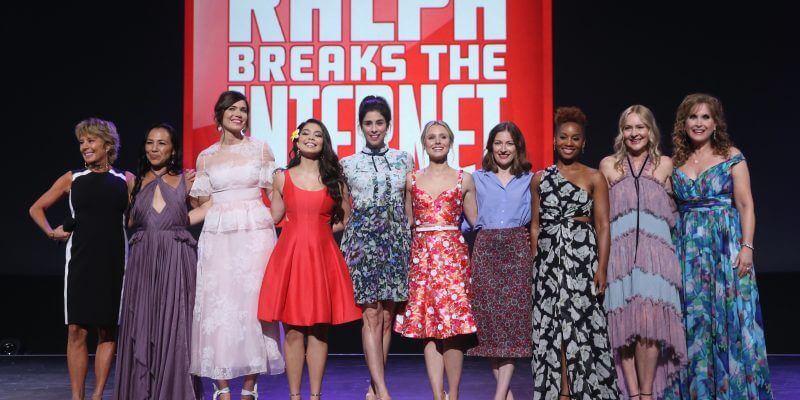 During the Walt Disney Feature Animation panel, “Wreck-It Ralph 2” took center stage to show off a first-look at clips from the upcoming sequel.

In the clip from the film, Ralph and Vanellope visit OhMyDisney.com, which looks a lot like Disneyland. Stan Lee makes a cameo in Marvel area, naturally. Tsum Tsums too.

There are lots of Disney in-jokes in this sequence. Ralph & Vanellope mess with the princesses, guarded by Stormtroopers. Even C-3PO has a cameo in the OhMyDisney scene. “I can’t understand her.” “She’s from the other studio.”
– the Disney princesses about Merida

Directors Rich Moore and Phil Johnston took the stage along with comedian Sarah Silverman (Vanellope Von Schweetz) to debut a first trailer for the film together with a new clip. They introduced a new character named ‘Yesss’ who is an expert on the latest trends for the website Buzzaholic. Yesss is voiced by Taraji P. Henson.

The princess voice actors first hinted at their involvement back at MegaCon in Orlando:

The trailer and clip have not yet found their way online.