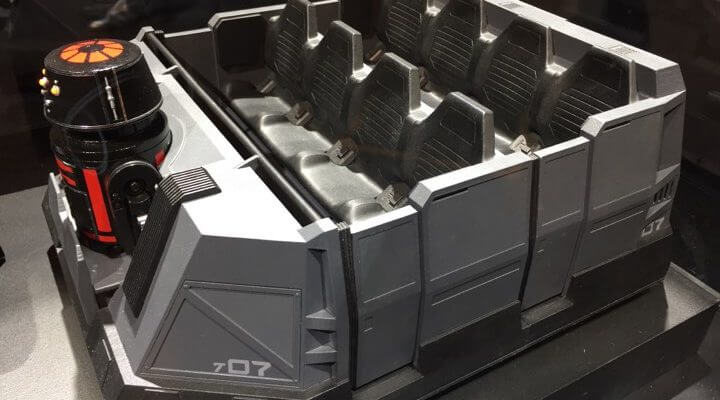 Alongside the massive model for Star Wars Land, Disney has unveiled the ride vehicle (complete with droid) for the upcoming First Order ride that will be a major part of the expansions of Walt Disney World and Disneyland.

The First Order Fleet Transport is described as:
Within the First Order fleet, troops, officers, and personnel traverse the interiors of massive ships using small transport vehicles. Piloted by astromech droids, these vehicles are programmed with ship schematics and security access codes. 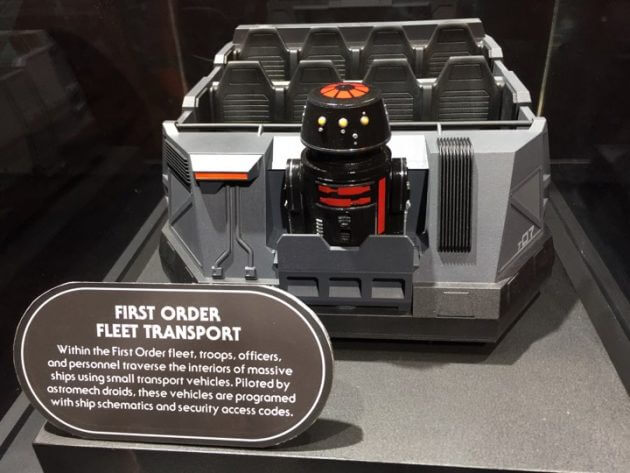 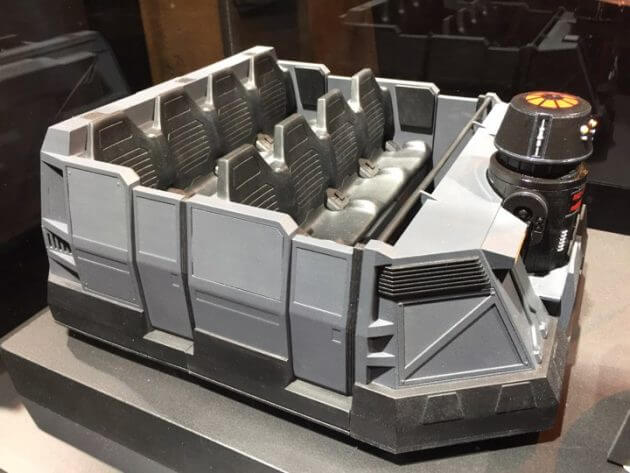 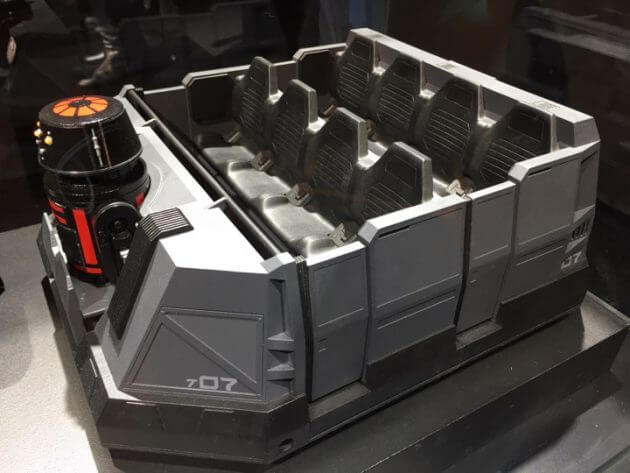 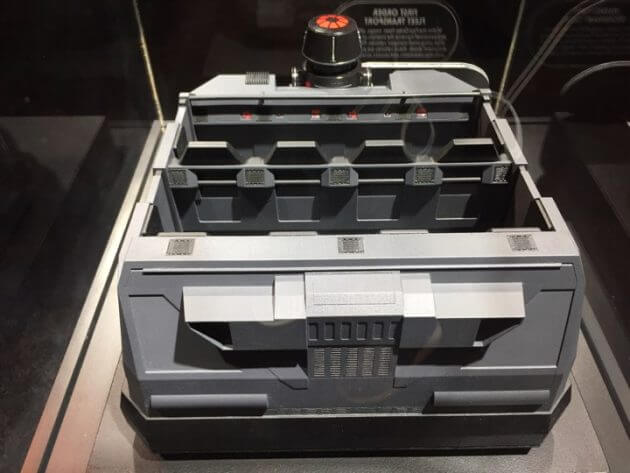 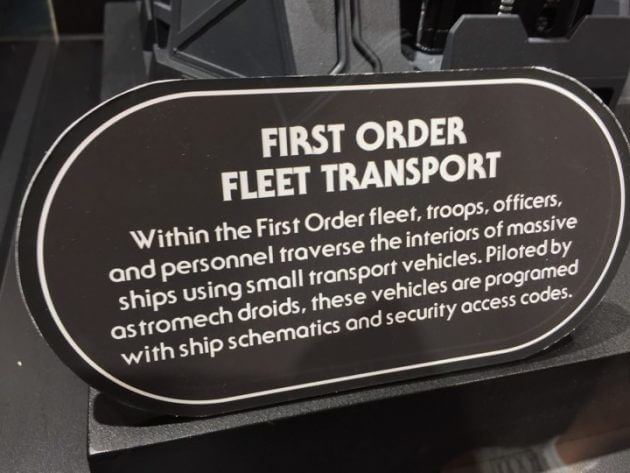