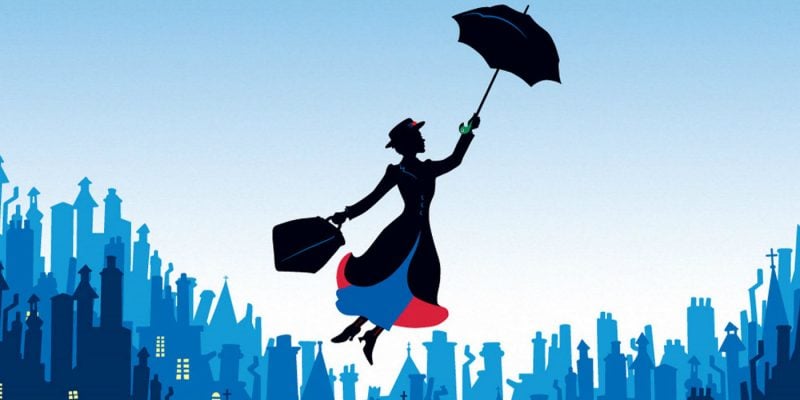 A clip from the new film debuted in front of the crowd of excited fans. (Even Blunt hadn’t seen it!) Composer Marc Shaiman and the Disney Orchestra also surprised the crowd by performing along with a teaser.

The teaser showed character shots, kite flying, Poppins flying in on umbrella, and more fun around London. A shot of Dick Van Dyke dancing on a table received huge applause. It wasn’t hard to get the cast to join the new film. “Lin-Manuel Miranda said yes immediately,” said Marshall.

“Our film takes place during the Depression, and it’s a little more real because we were able to go on location in London,” added Marshall.

The film is a “big old musical” according to Blunt, with a style that throws back to the original.

The new film also used a table from Disneyland’s Club 33 that was in the original film.

Blunt and Marshall answered questions from Sean Bailey, with Blunt offering insight on how she made the character her own. “I needed to try to pay homage to Julie Andrews, but carve out a new space for myself,” said Blunt. “And we were very loyal to the books.”

Rob Marshall shared, “I was incredibly honored to be approached by Disney about directing a sequel. This is a brand-new original film musical from top to bottom, which is very rare, and it is a wonderful opportunity to create something specifically for the screen.”