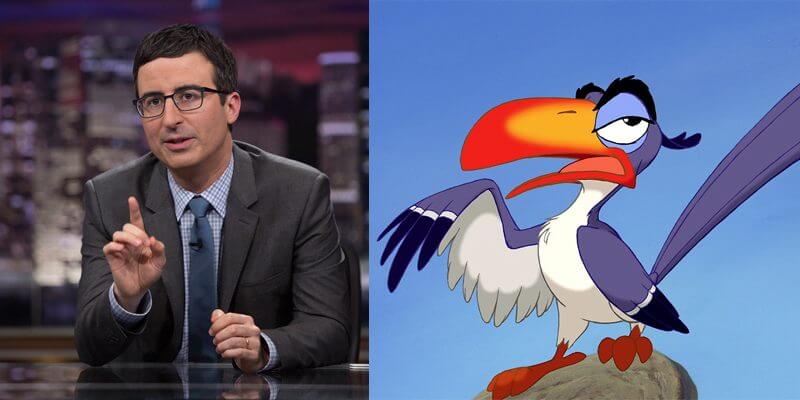 Welcome, welcome, welcome! As reported by entertainment news website The Wrap in an exclusive story (UPDATE: and confirmed by Entertainment Weekly), British comedian John Oliver (of “The Daily Show,” “Community,” and most recently the acclaimed comedy news series”Last Week Tonight with John Oliver” on HBO) has joined the cast of Disney’s new remake of “The Lion King” as the uptight red-billed hornbill bird Zazu.

Oliver joins previously-announced cast members Donald Glover (as Simba), Billy Eichner (as Timon), Seth Rogen (as Pumbaa), and the returning James Earl Jones (as Mufasa). The film will be directed by Jon Favreau of “Iron Man” and “The Jungle Book.” In the original “The Lion King” movie, Zazu acts as an aide to King Mufasa and assists the young Simba in claiming his birthright throne from his evil uncle Scar. The character was played in the 1994 version by another British comedian, Rowan Atkinson (“Mr. Bean”), so the casting of John Oliver continues that tradition nicely. Disney’s “The Lion King” is currently scheduled to be released in the summer of 2019.