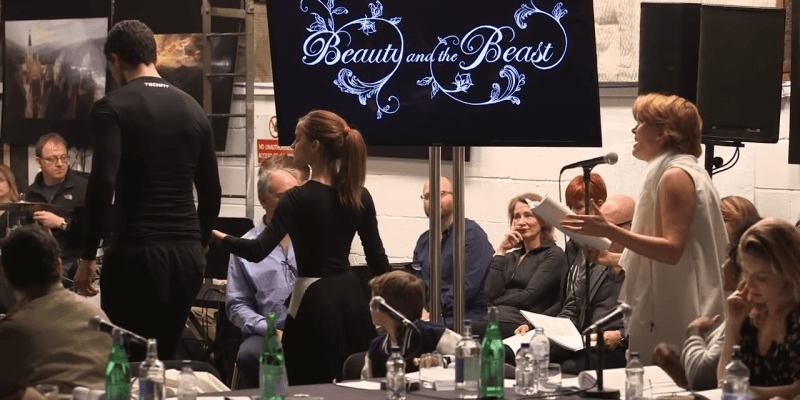 To celebrate the upcoming Blu-ray and Digital HD release of their live-action Beauty and the Beast, Disney has revealed some cool behind-the-scenes footage of the cast rehearsing for the film.

As the cast gathered for a table read of the script and dance rehearsals, the magical Beauty and the Beast film began to take shape.

In this first clip, Emma Thompson delights her fellow cast members by unexpectedly performing the title song as Emma Watson rehearses the waltz.

In the second clip, dancers rehearse the spectacular ‘Be Our Guest’ number.

WATCH – ‘BE OUR GUEST’ REHEARSAL:

These clips and more bonus features are available on the Blu-ray and Digital HD copies of Beauty and the Beast, which hits stores on June 6.