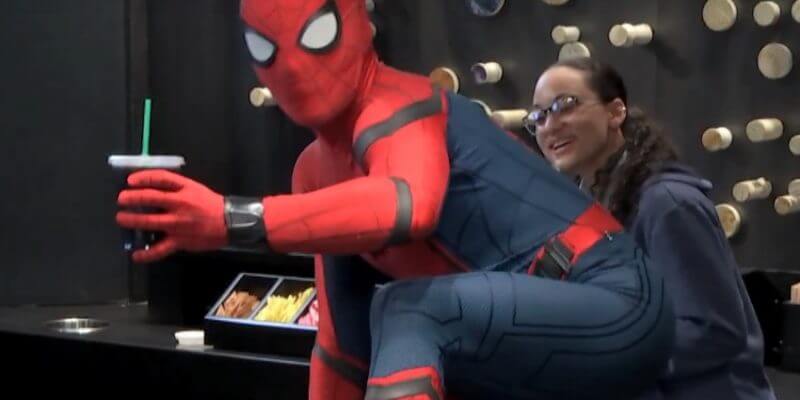 Even superheroes need a little caffeine boost once in a while. Spider-Man, for example, recommends the cold brew at Starbucks.

The web-slinging, wall-crawling hero swung by his local coffee joint in New York City, much to the surprise of the other customers. New Yorkers have seen just about everything, but they definitely weren’t expecting this.

The video even features a cameo from a very recognizable Marvel creator: Stan Lee!

Watch what happens when Spider-Man drops in at a New York City Starbucks.