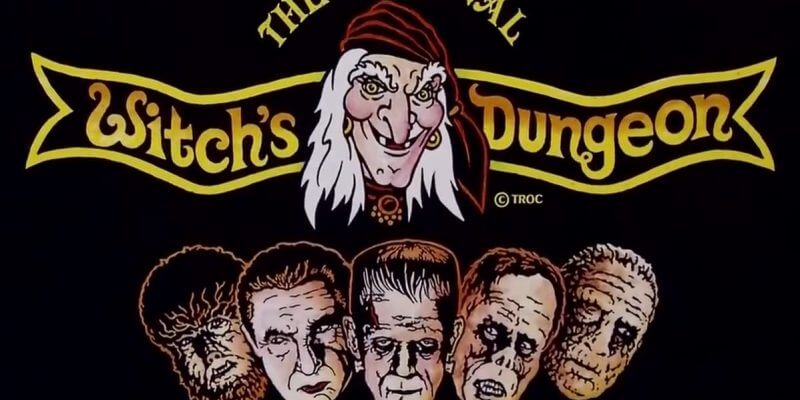 While Universal just removed the coffin lid to unearth their new Dark Universe retooling of classic horror monsters, The Witch’s Dungeon Classic Horror Museum monsters have been on display for over 50 years.  This Bristol CT attraction also features films from the early days of horror.

Buried, er, based in the Bristol Historical Society building, Witch’s Dungeon conjures seasonal spookiness with their creepy collection of classic horror fiendish film fun.  One of the earliest attractions of its kind, the non-profit museum has an amazing 50 year tenure complete with an inspiring origin of one teenager following his passion for monsters and make-up. History of Horrors
The collection’s creepy cool concept first found its footing from the fascination and creativity of 13 year old Cortlandt Hull 1966. Hull’s Great Uncle and Great Aunt probably passed the spooky spark onto young Cortlandt, as they both had starred in early Universal Studios horror films. The wonders of wax museums, horror make up, monster model kits, and spooky artwork inspired Cortlandt to craft his own life-sized monsters.  With the help of his father, a small chalet was quickly constructed to display these figures of fear. The family joined in the efforts. His costume designer mom dressed the monsters and his electrician uncle wired up several of the vignettes. The Witch’s Dungeon was born, a unique experience for his 1966 neighborhood which had no featured horror attractions at the time. Additional support came from horror legends Don Post Sr., Forrest J. Ackerman, John Chambers, Dick Smith and Verne Langdon (Famous Monsters). The small museum had already doubled in size by the time Vincent Price, John Agar, June Foray and Mark Hamill provided voice talent for several of the exhibits.  By 1990’s the Dungeon was attracting fans from across the country.  Many arrived for a rare opportunity to meet guest hosts of the display like Bela Lugosi Jr, Ron Chaney, and Victoria Price. Fiendish Fun
During the Halloween season, brave visitors have the opportunity to come face to face with life-sized representations of their favorite classic horror nightmares.  Dozens of classic horror collectables, including highly detailed Aurora models and creepy cool action figures, are also on display. In addition to the host of horror characters, collectables, and displays, Witch’s Dungeon also hosts a classic film series.  Key word being film, these Hollywood gems are not video projections but actual film features.  Classics the 1944 move “Gaslight” (showing on June 9-10), “Dr. Jekyll & Mr. Hyde” (showing on June30-July 1) and more fill out the “off season” when the museum is shuttered. These creature features help support the museum and its host, The Bristol Historical Society.  A full listing of times and titles can be unearthed at the Witch’s Dungeon website.

Finding the Fear
Witch’s Dungeon Classic Movie Museum operates in the fall, starting September 29th.  They will be open weekends, Friday-Sunday, in October from 7pm to 10pm.  When the dungeon gates are closed during the off-season, classic films are featured; details can be found on their website. The museum is located within the Bristol Historical Society at 98 Summer Street in Bristol CT.