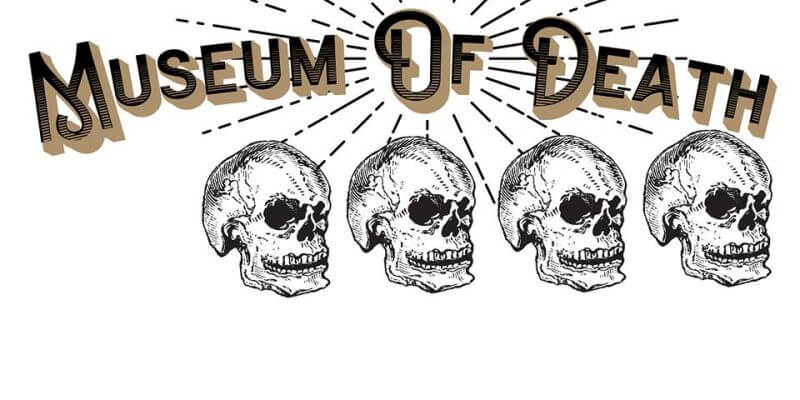 Death has come to New Orleans, a fitting location for California’s Museum of Death’s second location.  This macabre museum and gory gift shop fits right in among the cemeteries, mystery and magic of the Crescent City.

First opened in 1995, in San Diego, CA, the Museum of Death moved to its current location on Hollywood Boulevard in Los Angeles.  Established through efforts to collect correspondence of serial killers, the owners also made attempts to recreate a scene Heaven’s Gate mass suicide (1977).  The adverse attention was enough to have them evicted and move on to their present location in Los Angeles, a former recording studio once used by Pink Floyd.

The intent of the displays is to help move society past the stigmatism of death and dying and start a conversation the topic before it’s too late. Dauphine Street in the historic district of New Orleans proved to be the perfect place to set up a second location in 2014.  Not only is the air of mystery and intrigue of the eccentric city a fine fiendish fit for the museum, the new location is much larger than its west coast sister site. Within the “Musee de Mort Orleans,” as it is officially named, brave visitors might encounter eerie exhibits like body bags, coffins and antique mortician’s tools.  Images from the (Charles) Manson family, crime scenes, graphic car crashes and morgues have also found a home within the creepy collection.  Other items include artwork and correspondence from several serial killers and on of Jack “Dr. Death” Kevorkian’s suicide machines. In this scene from the Sy-Fy channel series “Death Dealers,” the curator/owners track down some of the artifacts for their museum.

The Louisiana location of the Museum of Death is located at 227 Dauphine Street in New Orleans, LA.  They are open Wednesday through Monday (closed Tuesdays) from 10am to 6pm.

Comments Off on Travel in Style: Museum of Death – New Orleans, LA