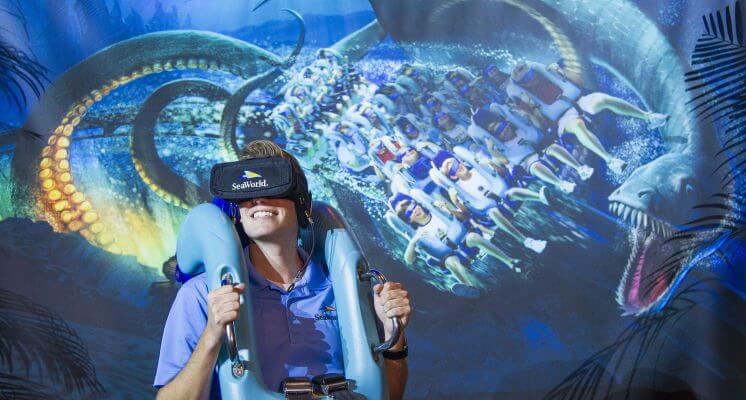 The revamped Kraken Unleashed coaster debuted at SeaWorld Orlando last week and in addition to the virtual reality elements added to the ride itself, the park is now offering a virtual queue as well.

Kraken Unleashed will be the first ride to use the new Spot Saver system, a system that allows riders to reserve a time online and avoid long lines in the park. SeaWorld is joining the world of virtual queues already established by the Virtual Line at Universal Orlando, and of course, the FastPass system in Disney parks.

SeaWorld decided to implement Spot Saver partly because of the slower turnaround time caused by the new virtual reality headsets on Kraken Unleashed. Passengers need to adjust the units before each ride, and Kraken crew members need to sanitize them in between guests.

Spot Saver is free, but it’s joining the other paid line-skipping option Quick Queue, which works for the Mako and Manta coasters and several other major attractions.

If Spot Saver works well on Kraken Unleashed, expect to see it rolled out on other rides too.

The new system debuted in the park last week.

To experience some of the thrills on the redesigned Kraken Unleashed, take a look at our videos below.

After arriving at SeaWorld Orlando, guests can make reservations for Kraken Unleashed by visiting the Spot Saver website.