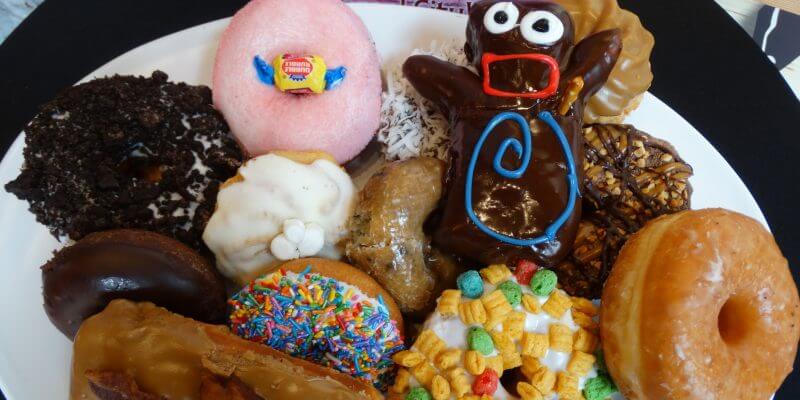 Portland-based owners Tres Shannon and Kenneth “Cat Daddy” Pogson were on hand for this morning’s media event, which welcomed press to try out many of Voodoo Doughnut’s famous unique varieties. The pair also talked about why the shop is a great fit for CityWalk.

“It’s an awesome opportunity at Universal, just for the wide array of people that come through these doors every day,” said Shannon. “You’re not going to get that anywhere else.”