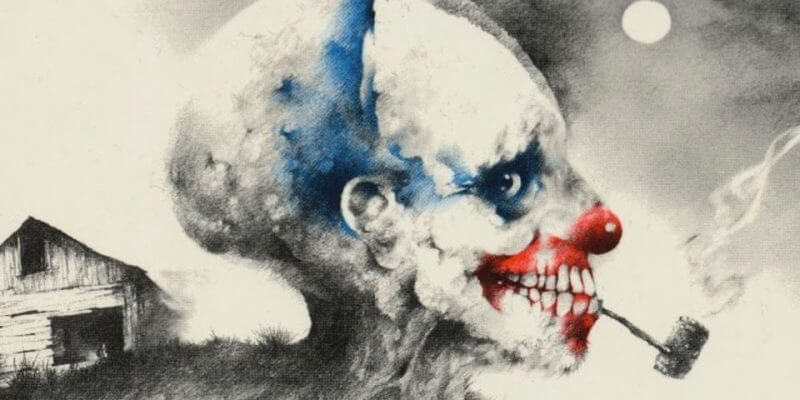 In 1981, Alvin Schwartz wrote a series of children’s books was unleashed.  These “Scary Stories to Tell in Dark,” evoked countless nightmares and sent chills up the spines of its young readers.

I was already in high school when Stephen Gammell’s artwork brought Schwartz’s terrifying tales to life.  For me, these books fueled my imagination and drove my desire to dive deeper into the realm of horror.  For others these stories found their way into campfire gatherings, yielding several sleepless nights. Schwartz relied on myth and lore to weave his tales of terror.  Each delightfully dark story was masterfully woven from its source material.  The result, after a year of research was truly horrific (or frightfully fun) collection of nightmare fuel.  In “Scary Stories to Tell in the Dark,” 29 spine tingling tales were introduced.  My personal favorite was “Hearse Song,” which dates back possibly as far as the Crimean War of 1853. Several versions of the grisly tale of what happens to a body after death have been told since. After a few more years of research and writing (I’d LOVE to see more of the source material), Schwartz and Gammell introduced a second volume (1984), “More Scary Stories to Tell in the Dark.” Twenty Eight more macabre stories like “Cemetery Soup,” and “The Bride” were added to the creepy collection. A third, and final, volume was released in 1991.  “Scary Stories 3: More Tales to Chill Your Bones” offered fear fans an additional 25 tales to read and then under the covers. Schwartz’s word craft, woven with urban legend, was just the right amount of believability for young minds to buy into the fiction.  Add Gammell’s graphic and gruesome illustrations and the combination is pure ghost story masterpiece. Sadly, several American libraries did not feel the same, finding the images too disturbing.  The books were, unfortunately, banned from the shelves of many of these same libraries.

A re-release of the deliciously dark delights, in 2011, with watered down illustrations (by Brett Helquist) did little to remedy the reputation of the children’s books.

Enter accomplished horror director Guillermo del Toro, who just happens to be a huge fan of the horror stories.  He happens to own several of Gammell’s original drawings from the books, which he exclaims are “Scary as F*@k!”  Mr. del Toro delighted the darkened hearts of “Scary Stories” fans when he announced that was already in development for a feature fright film based on the popular children’s books. Used copies of all three of Alvin Schwartz’s classic children’s horror tales, complete with the original Stephen Gammell illustrations, are available on Amazon. Have you read any of Alvin Schwartz’s scary stories?  Which one(s) is your favorite?  Please share your tales of terror in the comments below.

Comments Off on Retro Retail: How “Scary Stories to Tell in the Dark” caught the eye of Guillermo del Toro for new film