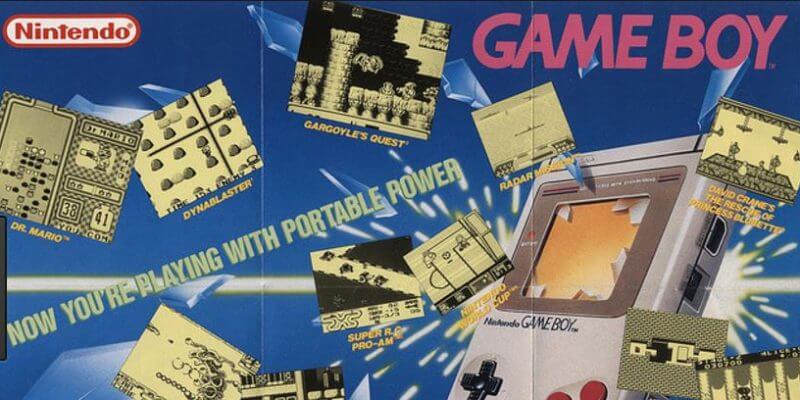 Nintendo’s original hand held console game debuted in 1989. Called the GAME BOY, this portable console game system catapulted Nintendo to the top of the take it with you world, a spot they still hold today.

There were other handheld gaming systems that preceded Nintendo.  The very first came from Mattel, a game called “Auto Race.”  This first portable pixelated platform, were others of the time, was limited to only one game. The first handheld to have multiple games came from board game giant Milton Bradley. “Microvision” offered the option to play different -in the form of interchangeable cartridges.  Titles like “Star Trek: Phaser Strike,” Sea Duel and Alien Raiders did little to keep this platform alive. Due to lack of support and a limited variety of cartridges, this pioneering system was short lived.  The system was “dead” by 1981, only two years after it was introduced. Before Nintendo brought their breakout handheld Game Boy to the table in 1989, the company had already achieved success in the hand held market.  Nintendo had tinkered with hand held gaming by way of the “Game and Watch,” a single game monochrome game and alarm clock.  While each device had one game there were several different devices manufactured, having the same effect of the game and “cartridge” being one unit. The design of that 1980 console paved the way (and tech) for Game Boy including clam shell variations that would inspire future versions of the Game Boy.  This breakthrough and award winning precursor to the “Game Boy” inspired the advent of single hand held LCD games that were popular in the early 80’s. Game Boy debuted in Japan on April 21, 1989. When the game was released in North America, in July of the same year, the initial shipment had entirely sold out within a matter of weeks!  While this hand held was not the first portable on the scene in the late eighties, it was the most revolutionary.  Game Boy had a rocker like up/down-left/right controller on the left, an “a” “b” button controller on the right along with separate select and start buttons.  The small, battery operated console also had its own mono speaker along with a headphone jack for stereo sound; monochrome LCD screen; power adapter, and a port to allow player vs player action on the same game with another console. Three variations of the original console were released; all used the same game cartridge system.

Play it Loud! (1995) introduced color cases to the line, including a clear, “x-ray” version. Game Boy Pocket (1996) was a slimmer design, made possible, in part, by the use of AAA batteries.  It also introduced a “true” black and white screen. This version was also available in several colors. The next major revision for the system came in 1998.  Game Boy Color was introduced in 1998.  A full line of color games as the ability to play the older, original cartridges gave the system a robust line up of options.  Additional upgrades included a faster processor, more memory and infrared tethering.  The handheld was available in seven different colors. Game Boy Advance (2001) further increased the processing and memory and added left and right “shoulder” controllers. The first version did not have an illuminated screen and still relied on batteries. An upgrade and redesign (2003) gave the console a clamshell design and was the first to have a rechargeable battery.  The illuminated screen was reintroduced into the system.  While this Game Boy Advance SP had its own cartridge system, it would still play cartridges from the original and color models. The final version of Game Boy arrived in 2005.  The Game Boy Micro was about the size of an NES controller and did not accept the older Game Boy releases but did offer a better, backlit screen. In addition to the various styles and updates to the handheld consoles, a series of accessories were sold.  This included a cartridge mounting camera, which when used with the Game Boy printer, produced small photo prints.  Super Game Boy was an adapter cartridge that fit in the SNES TV console allowing Game Boy cartridge games to use the SNES console.  A similar version, Game Boy Player, was introduced for the Game Cube.  Third party peripherals included external speakers, screen magnifiers and illuminators. These magical mini game systems allowed players to take their favorite games out of the home and on the road, untethered from their televisions.  The popularity of portability paved the path for newer systems like the Nintendo DS, still available today, and the brand new Nintendo Switch. There are even smart phone adaptors and emulators to turn your device into the Nintendo of days gone by.

Did you own one of these early handheld game systems?  If so, what was your favorite and/or favorite game? Please tell us about it in the comments below.

Comments Off on Retro Retail: Game Boy, the original 8-bit wonder of the handheld world