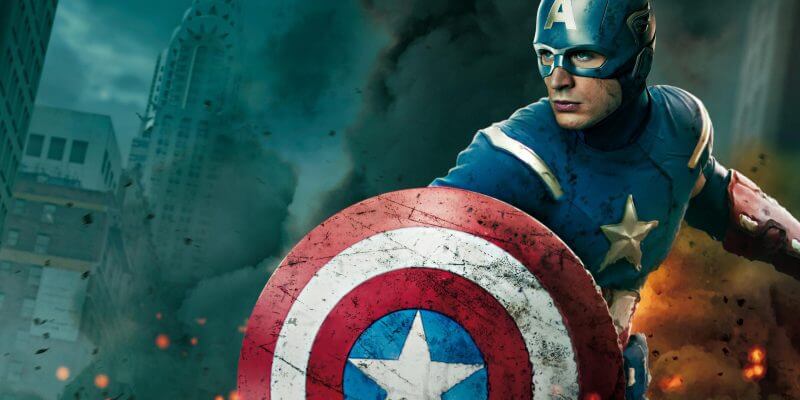 According to a patent application filed by Disney, a new shield throwing experience may be coming to the theme parks.

Images in the patent show Captain America‘s shield attached to a rail that users slide onto their forearm. When guests make a throwing motion with their arm, the shield slides down the rail. While it does not detach from the arm piece, a virtual component kicks in to simulate a shield traveling in the direction of the user’s throw. If the user hits their target, a “boomerang” effect brings the shield back. Targets have varying degrees of difficulty, so a super villain is harder to hit than a henchman. The target element of the attraction sounds similar to Toy Story Mania at Disney’s Hollywood Studios, a virtual dart game that awards higher points for hitting the toughest targets.

Physical targets may be part of the attraction as well. As the applications states, “In one embodiment, the throwing apparatus is a toy device that permits the user to play the role of a superhero who uses the projectile to attack virtual or physical targets (e.g., toys) or defend against attacks from the targets or other players in an immersive storytelling environment.”

If the patent becomes a reality, the new Captain America attraction may be poised to join Guardians of the Galaxy – Mission – Breakout! in Disney’s California Adventure as part of an expanded Marvel section of the park.

California Adventure is also currently home to the Avengers Training Initiative, an interactive Marvel show that’s part of the Summer of Heroes event. Take a look at the show in our video below.

You can read Disney’s full patent application for the shield experience here.