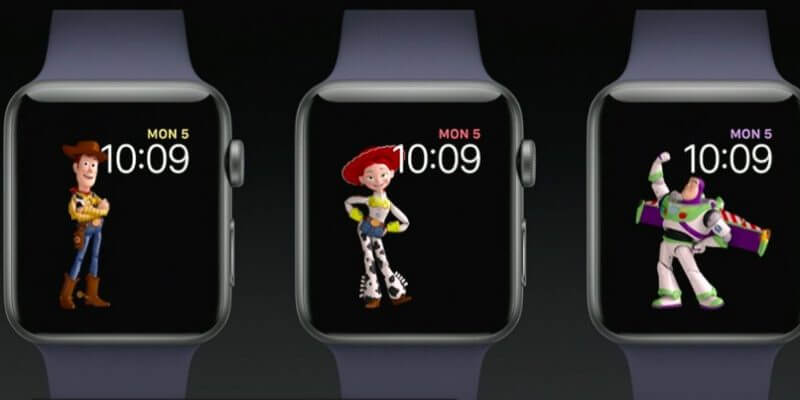 At Apple‘s Worldwide Developer Conference today in Northern California, the tech company revealed a new partnership with Disney/Pixar in creating several new “Toy Story” watchface designs for the popular smartwatch Apple Watch, which made its debut two years ago.

Fans can choose from “Toy Story” characters Woody, Jessie, or Buzz Lightyear, who will then live in animated form on the watch’s home screen interacting with the time readout and generally behaving like themselves.