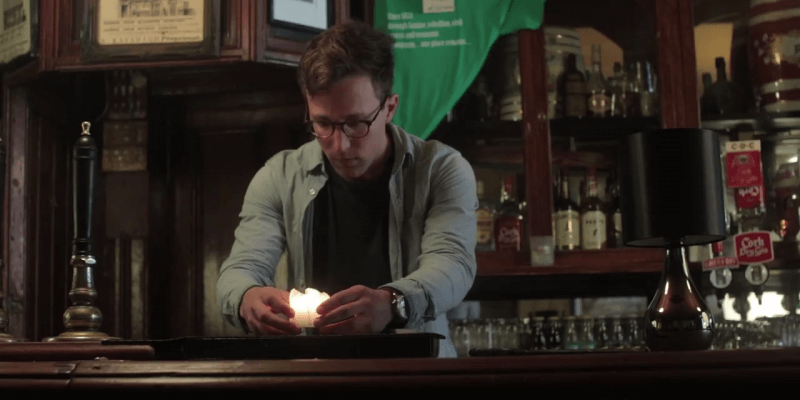 Magic may be getting a little help from technology to create a new wizarding-themed pub in London.

Matthew Cortland, a former reading teacher and designer, is a major fan of Harry Potter and Lord of the Rings. While designing mobile apps for a course, he got the idea to blend technology and the internet to create real-life magic in a pub called The Cauldron.

Cortland is launching a Kickstarter on June 26 to raise funding for The Cauldron. Through touch- and voice-activated wands, magnets, and touch sensitive technology, Cortland makes magic happen. Some of his ideas can be seen in his notebook below. Cortland would need $500,000 to move forward with his idea for The Cauldron, but there are lots of fun rewards for Kickstarter backers. Limited edition pint glasses, immortalizing a name inside the pub, and a moving photo of yourself inside the bar are just some of the rewards up for grabs.

If enough money is raised, Cortland will build an inn as well as a pub. You won’t need a room key — your door will open with a tap from your magic wand.

To see Cortland speak about his dream pub and inn, take a look at the video below.

Comments Off on Wizarding pub arrives on Kickstarter from “Harry Potter” fan and designer, hoping to bring “The Cauldron” to London