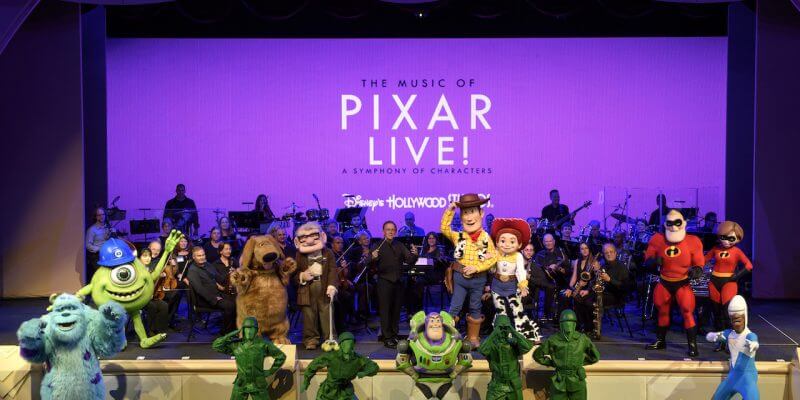 The new limited time concert event “The Music of Pixar Live!” made its debut in Disney’s Hollywood Studios theme park at Walt Disney World just about a month ago, and in case you haven’t had the chance to see it in person, the resort will be live-streaming the event via #DisneyParksLIVE this Thursday, June 29th.

The performance showcases music from throughout the wide range of movies in Pixar Animation Studios’ decades-long history of top-notch animated storytelling.

To watch the live stream, tune in to the official Disney Parks Blog website at 7:55 PM EST on Thursday. The broadcast will begin with a special behind-the-scenes look at the show.

“The Music of Pixar Live!” is performed nightly in Theater of the Stars at Disney’s Hollywood Studios in Walt Disney World throughout this summer.

Comments Off on “The Music of Pixar Live!” to live-stream from Walt Disney World this Thursday