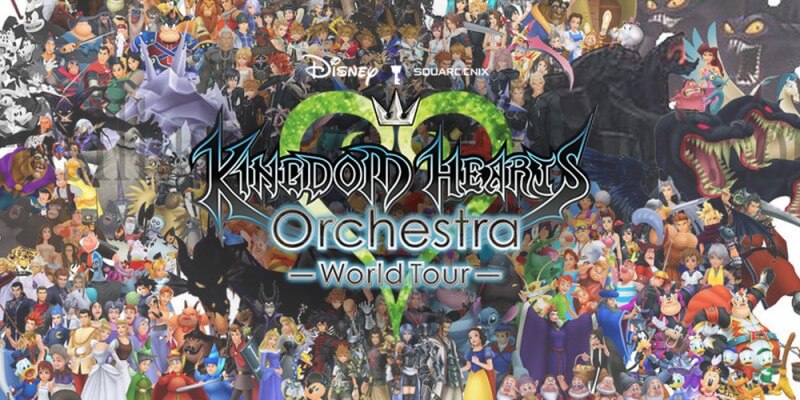 After unforgettable premiere concerts in Tokyo, Paris and London last March, Kingdom Hearts Orchestra World Tour is coming to the U.S. with shows in Los Angeles on June 10, 11, and 14 at the Dolby Theatre and New York on June 23 and 24 at the United Palace Theatre.

Fans and music lovers alike will soon be able to enjoy the first-ever official concert of the Kingdom Hearts video game series.  From the music to the HD video and syncing, the show will feature a selection of the saga’s best and most beloved music from the original soundtrack. The concert features more than 100 orchestral musicians and choir singers on stage, with amazing HD video cinematics supervised by the game’s director, Tetsuya Nomura.   Additionally, the tour celebrates the 15th anniversary of the multi-million selling video game series and the upcoming release of its latest episode. Entirely supervised by game director Tetsuya Nomura himself, this concert series is considered part of the Kingdom Hearts universe and will feature some content and stories.

Each show will feature music composer Yoko Shimomura as a special guest. She will appear on stage, and 150 VIP tickets are available for each show to meet and greet with her after the performance.

The Kingdom Hearts Orchestra World Tour features an exclusive line of products that are only available for sale at each performance.  A stunning 48-page concert program will be available featuring the first ever cross-interview between director Tetsuya Nomura and composer Yoko Shimomura, and with many music notes and gorgeous illustrations.  In addition to the program, fans will find an official T-shirt with an original illustration of Sora’s Chief Conductor Keyblade with a stand in a deluxe box, and an elegant pouch and cardholder.

Twelve pieces of the concert have been recorded in their concert’s arranged version for a special CD edition, with a gold-embossed CD package. Now, fans can relive their experience at the concert from the comfort of their home after the show!  The CD will be available at each concert.

Tickets for the Kingdom Hearts Orchestra World Tour concerts are on sale now at ticketmaster and TicketFly.