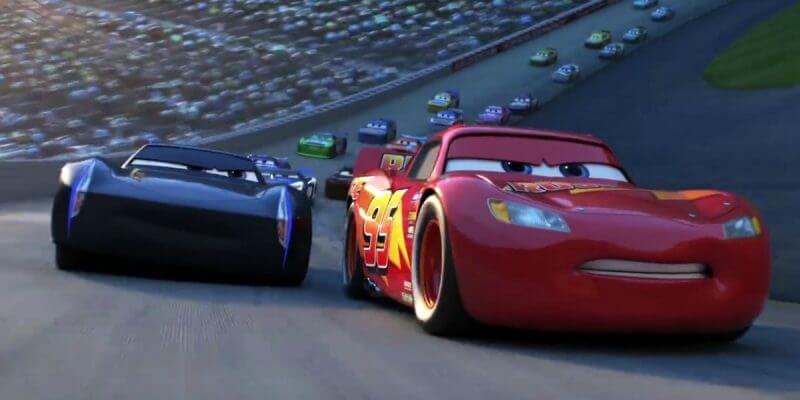 It’s no secret that Pixar likes to put easter eggs in their movies. Eagle-eyed pixar fans have found a Nemo toy in “Monsters Inc.,” a Lotso doll in “Up,” and a Mr. Incredible comic in “Finding Nemo.”

The Cars franchise has been full of these clever little finds as well, and “Cars 3” is no different. Lightning McQueen and company are back on the track and joined by some new friends to delight audiences again. This action-packed racing story is full of more than just emotion and laughs; it’s also full of little Pixar easter eggs for fans to seek out.

Here are 4 references to the Pixar universe in “Cars 3”: It has become a game of sorts to try and spot the “A113” in any Pixar movie. Sure enough, it’s always there as the code has popped up in one way or another in every Pixar movie. It refers to a classroom at California Institute of the Arts, in which many of the animators at Pixar got their start and learned to master their craft.

In “Cars 3,” the code appears on the door to the office of Sterling before Lightning McQueen goes in to meet with him. It’s not exactly the toughest to find, but still a pretty cool little nod. This one may be a bit of a stretch, but it is out of the ordinary for the cars in these movies to reference any living thing that isn’t, you know, a car.

In one scene, Lightning and his new trainer Cruz Ramirez are training on a beach. Cruz, not being used to driving on sand, is struggling through a hilarious montage of comedic mishaps.

At one point she stops short because she didn’t want to run over a crab. Several times after that point, Lightning references the “little crabbies.” It may be nothing, but the crab in question could be a distant relative of those crabby crustaceans from “Finding Nemo.” If anything has popped up in Pixar movies as much as “A113,” it’s the Pizza Planet Truck. The delivery vehicle appears in most of the studio’s films, including the two previous Cars movies.

This time the planetary pickup appears in a demolition derby that Lightning and Cruz accidentally stumble into. After getting smashed by another car, the rocket flies off of the top of the truck, nearly wiping out some of the audience. The logo for the massive corporation will look familiar to anyone that has seen “Wall-E.” The incredibly successful company led to the destruction of our planet and the stationary lifestyles of the human race seen in the futuristic film.

Assuming this movie takes place before all of that, BnL appears during the credits of “Cars 3” in the form of a bumper sticker–a seemingly harmless appearance for the arguably evil corporation.

“Cars 3” director Brian Fee chatted with SlashFilm about some of the more obscure Easter Eggs in the film, and he revealed that his favorite hidden treasure is Cinderella’s chariot. Her “car” appears in Sterling’s office on the trophy-covered back wall. Fee also revealed a couple of nods to the star of Disney-Pixar’s upcoming film “Coco.” The pup appears on the TV in the training center, and the soon-to-be iconic guitar from “Coco” is visible during waitress Sweet Tea’s performance. According to Fee, there are quite a few more “Coco” Easter Eggs for eagle-eyed viewers to find.

Did you catch any other Pixar easter eggs in “Cars 3?” Let us know in the comments.