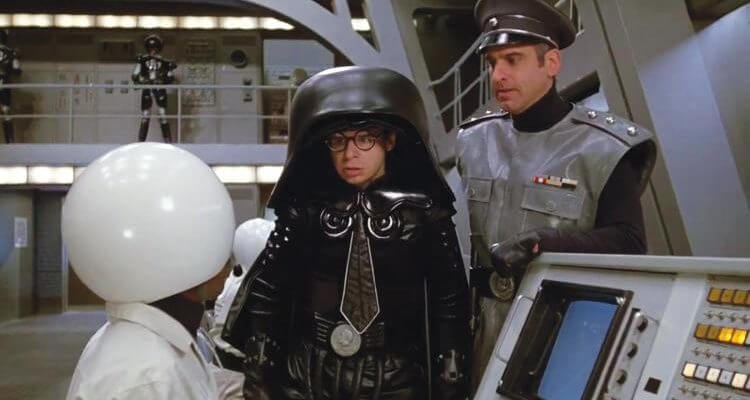 There are a couple of very cool pieces of “Star Wars” and “Spaceballs” memorabilia up for auction.

The lightsaber that Luke Skywalker inherits from his father (which later ends up in the hands of Rey) is available as part of the Profiles in Hollywood auction. The iconic prop was used on screen in “A New Hope” and “The Empire Strikes Back,” and it’s expected to sell for between $150,000 – $250,000. The prop, which is being auctioned by producer Gary Kurtz, comes with a letter of authenticity.

Also up for grabs in the Profiles in Hollywood auction is the helmet worn by Rick Moranis in the Star Wars spoof, “Spaceballs.” Moranis played the Darth Vader-inspired villain Dark Helmet. The comically large helmet is currently valued at $14,000 and is being sold in good condition.

The Profiles in Hollywood auction is taking place from June 26 – 28 in Los Angeles.

For more information and a peek at some other valuable movie collectibles being auctioned, head over to their website.

Comments Off on Coveted props from “Star Wars,” “Spaceballs” up for grabs at Profiles in Hollywood auction