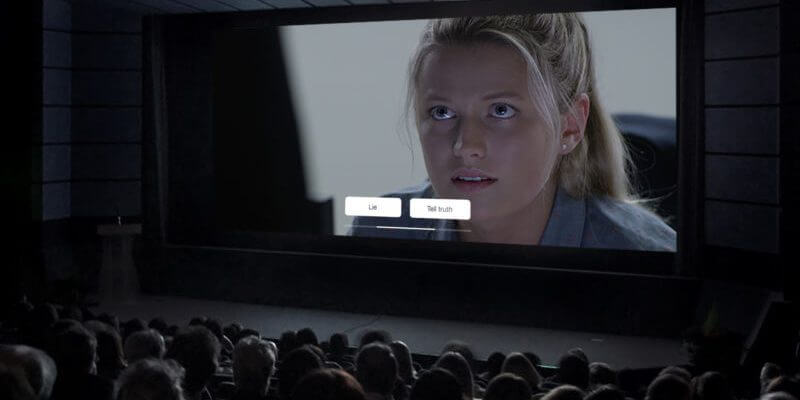 Have you ever wished the characters in the movie you’re watching would just do want you want them to do? Now, new technology allows you to have more control over what happens in the movies.

Developed by CtrlMovie and Silvatar Media under the new company Kino Industries, the technology allows filmmakers to create interactive movies that give the audience the power to choose plot points. In the cinema, audiences use their mobile devices and a mobile-friendly website to vote on the outcome. The decision with the majority of votes then unfolds onscreen seamlessly, with no noticeable gaps or edits, and alters the course of the story. You have to think quickly — audiences only have about three seconds to make their choices.

Billed in some places as a “game” and some as a “movie,” the first interactive production from the company is titled “Late Shift.” Originally released overseas and online last year, writer/director Tobias Weber worked with CtrlMovie to develop the film with this new technology. Take a look at the trailer for “Late Shift” in the video below.

Audiences at home can also participate in the interactive viewing through the CtrlMovie mobile app, which runs on iOS and Android.

This new kind of storytelling requires much more creative output from filmmakers. Instead of telling one linear narrative, writers must now come up with multiple branches of storylines that can each logically carry the movie to its next plot point.

“Late Shift” runs about 90 minutes, depending on the choices you make. However, the actual amount of footage included is much longer. The film includes 180 decision points and a total of four hours of material, which leads to one of seven potential climaxes.

Interactive movie-viewing requires patience as well as a desire to keep repeating the story to see the different outcomes (even if the outcome is different than the one you choose). It’s either going to feel great when your choice is the winner, or incredibly frustrating when the protagonist does the exact opposite of what you want. Audiences overseas have already had a chance to experiment with the interactive cinematic experience, and U.S. audiences will have a chance later this summer. “Late Shift” will have its cinematic U.S. premiere at the AT&T Shape conference taking place July 14 – 15 in Los Angeles.

“Late Shift” is also available now in the Apple app store, PlayStation 4, Xbox One, and PC.