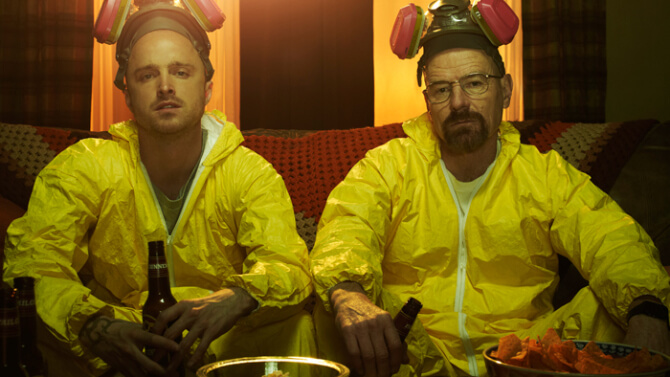 Just recently, we reported on a Breaking Bad-themed pop-up bar coming to New York City this summer. Now, another immersive ‘Breaking Bad’ experience is on its way — this time from creator Vince Gilligan himself.

Gilligan is teaming up with Sony’s PlayStation division to create a virtual reality experience based on the hit show.

While details on the project are scarce, Sony did confirm that it will not be released this year. The experience will be created using computer graphics, and Gilligan is working in collaboration with Sony. Sony has been exploring ways to expand beyond video games and invited several TV showrunners to their campus to experiment with VR technology. Gilligan was intrigued and opted to work with Sony to create the new Breaking Bad VR experience.

The company is hoping to push VR towards the mainstream and they’ve had luck reaching the target 18 – 34 year old demographic with their PlayStation Vue streaming service. If the Breaking Bad VR project is successful, it has the chance to reach quite a large audience through Sony.

Of course, if this collaboration does well, we can expect to see even more VR experiences inspired by hit TV shows. Vince Gilligan also has connections to The X-Files, after all.

Are you intrigued by ‘Breaking Bad’ virtual reality? Stay tuned for more updates about the project.