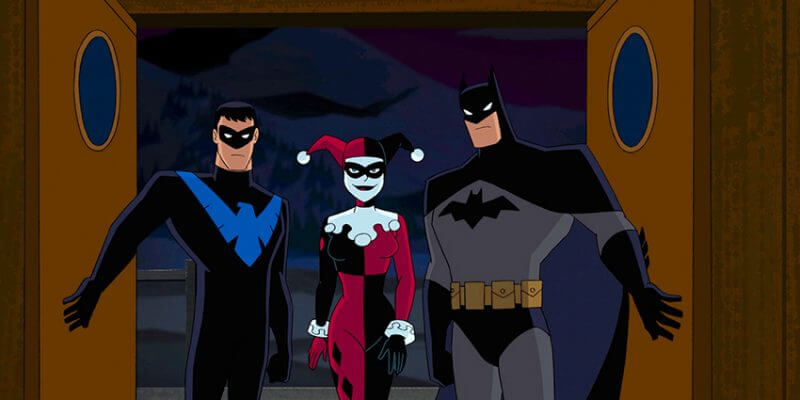 Warner Bros. Home Entertainment, in partnership with DC Comics, will be continuing a long tradition of premiering its straight-to-home video DC Universe original movies at San Diego Comic Con this year, with the debut of the new feature “Batman and Harley Quinn.”

In 2007, the studio unveiled “Superman: Doomsday” at the convention, and that trend has continued yearly right up through last year’s presentation of “Batman: The Killing Joke.” Warner’s official description of “Batman and Harley Quinn” is as follows:

In “Batman and Harley Quinn,” Poison Ivy and Jason Woodrue (a.k.a. The Floronic Man) embark on an ecological quest to save the planet—and, unfortunately, eliminate most of humankind along the way. To save humanity, Batman and Nightwing are forced to enlist Harley Quinn to catch Poison Ivy, Harley’s BFF and frequent partner-in-crime. But Batman’s patience is put to the test by the unpredictable and untrustworthy Harley during the twists and turns the reluctant companions face during their bumpy road trip. The result is a thrill ride of action, adventure and comedy no Batman fan has seen before. The movie stars the voice talents of Kevin Conroy (“Batman: The Animated Series”) as Batman and Melissa Rauch (“The Big Bang Theory”) as Harley Quinn, and is directed by Sam Liu (“Batman: Year One”). The Comic Con premiere will be followed by a panel discussion.

“Batman and Harley Quinn” will premiere the night of Friday, July 21st in Ballroom 20 at San Diego Comic Con in San Diego, California.